6 most beautiful cities in Eastern Europe

Full to the brim with UNESCO-listed old towns, staggering architecture and picture-perfect viewpoints, Eastern Europe’s cities are easily some of the most beautiful cities in the world. Spoilt for choice? Here are six of the best cities in Eastern Europe to add to your travel wishlist.

In the dawn of European civilisation, there was Kiev. Dating back as far as the 5th century, Ukraine’s beautiful city of golden spires has a fascinating centuries-old narrative that’s recounted through every cobbled street, monastery and museum.

Explore the historical old town, soaking up the pretty pastel-coloured houses, and marvel at the dazzling monasteries and cathedrals that the city has become famous for.

As the city’s oldest standing church, St Sophia’s Cathedral is a must-see. You should also take a stroll down Andriyivsky Uzviz: a hilly street that’s renowned for its galleries, workshops and bohemian cafes, making it the number one place to buy handmade souvenirs for your family and friends.

Eye-catching architecture, an array of trendy bars, restaurants and cafes, and a growing art scene makes Tbilisi one of eastern Europe’s most up-and-coming capitals right now.

Weave your way through the narrow streets and 19th century wooden buildings of the Old Town, dot between museums and galleries, and watch the world go by from a terrace cafe. But whatever you do, don’t miss the iconic clocktower which looks like something straight out of a fairytale!

The city’s location is pretty spectacular too – nestled in the deep valley of the Mtkvari River, Tbilisi’s beautiful backdrop of mountains follows you wherever you go. Head up to the Narikala fortress at sunset for some unrivalled photo opportunities. 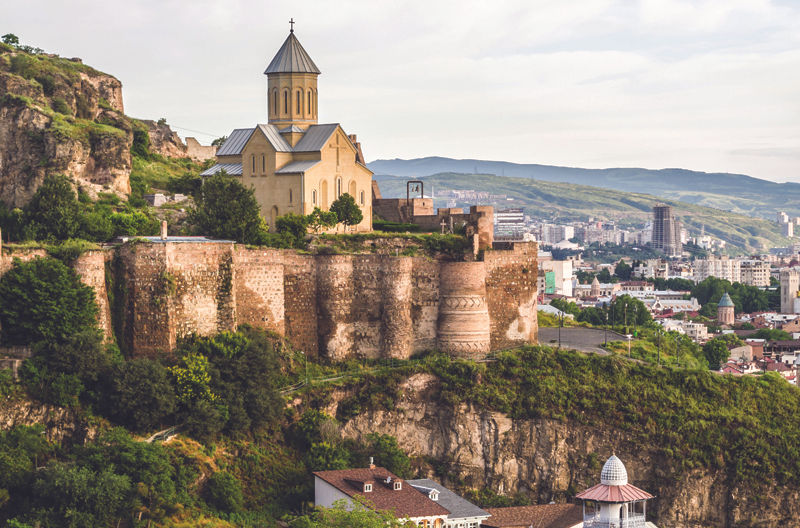 Nicknamed the ‘Pearl of the Balkans’, Braşov is a thriving city in Romania’s legendary Transylvania region.

Fringed by the snow-capped peaks of the Carpathian Mountains, and with enough staggering architecture to rival any eastern European city, Braşov is simply beautiful.

Baroque buildings, Gothic towers, charming churches and pretty pastel-coloured houses combine to create a skyline you certainly won’t forget, and its close proximity to Dracula’s Bran Castle has made it a popular stopping point for those travelling to see Romania’s spooky star attraction. 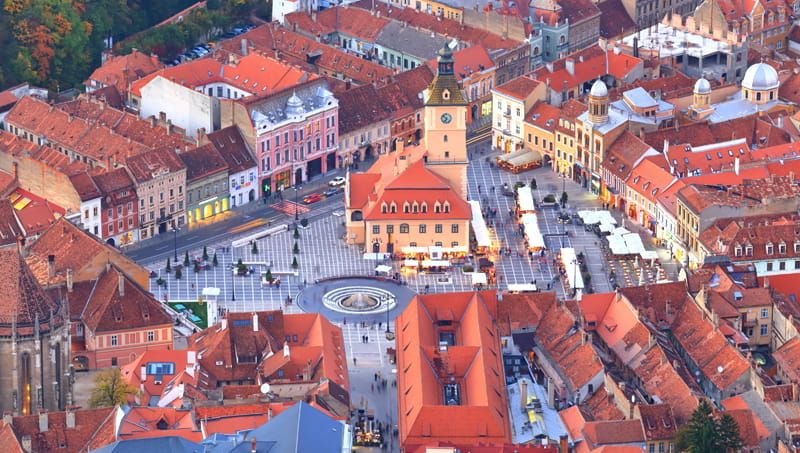 One of the most ‘happening’ cities in Europe, Belgrade is also one of the oldest. It’s located at the exact point where the Danube and Sava rivers meet: both a blessing and a curse. Whilst this spot has led to the city being invaded over 40 times, it’s also given the capital a fascinatingly rich historical narrative.

Visit the picturesque Kalemegdan Fortress, which has been destroyed and rebuilt for 16 centuries, and take a stroll down Knez Mihailova, a lively street dotted with trendy coffee houses and historical buildings.

When nighttime comes, say hello to the city’s wilder side! Belgrade is known for its vibrant nightlife, so dive into a few bars and clubs to get a taste of it for yourself. 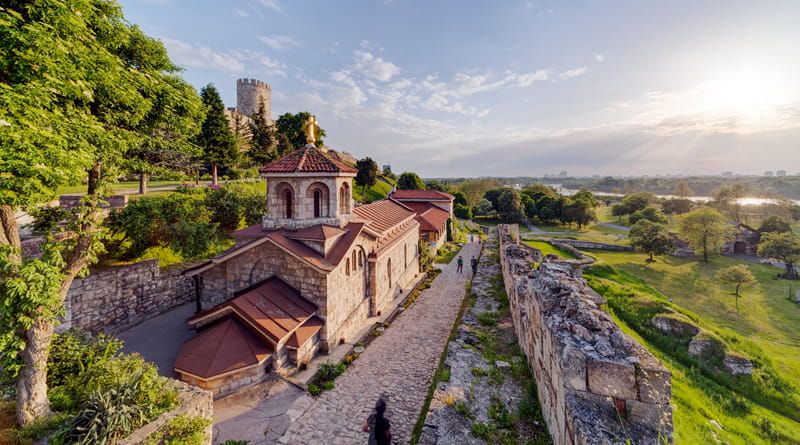 A city steeped in myths and legends, it won’t take long for you to fall in love with Krakow. A faint mystical air hangs over the city, aided by the epic grandeur of its medieval architecture and fairytale buildings.

There’s so much history here, it’s difficult to know where to begin! Swing by Kazimierz, the Jewish quarter, to see the city’s fascinating collision of past and present. Now full to the brim with buzzing cafes, restaurants and bars, the former Jewish quarter is also home to synagogues and a museum which pay tribute to the Jews who lived here before WW2.

Poland’s former capital is beautiful in the summer, but for a truly magical experience come at Christmas time to browse the festive markets and see the city blanketed in snow. 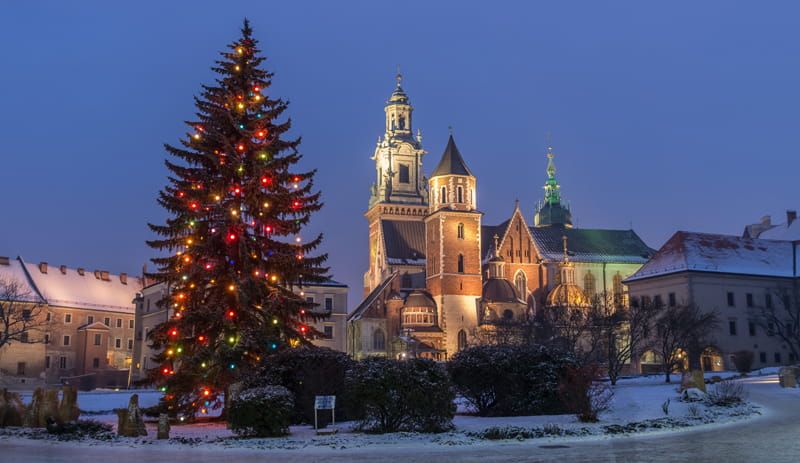 Tallinn only started opening its gates to tourists after Estonia gained independence in 1991: a barrier which left much of the city authentic and unspoilt.

Now its miraculously preserved and UNESCO-listed Old Town is a treat for travellers. Gourmet restaurants and lively bars line the pretty cobblestoned streets, and a plethora of churches add a layer of elegance to the hustle and bustle.

Throw in delightful food and a vibrant modern culture and it’s no wonder Tallinn is soaring in popularity amongst travellers touring the Baltics. 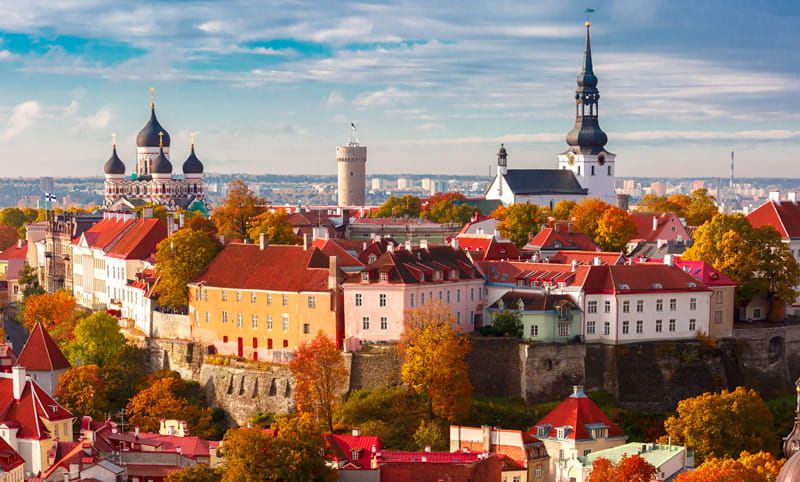 Whether you’re looking for a short-but-sweet city break or a longer tour, Eastern Europe certainly has enough beautiful cities to keep you busy!

Browse our full selection of city breaks or take your pick from our fantastic Discovery Tours.