Stacked with over 3,000 years of history, Rome is a sight to behold. It would take months to see everything Rome has to offer – but just 48 hours to see the best bits. Don’t know where to begin? Tick your way through out list of top things to see and do in Rome in just two days.

Step inside the Colosseum

It goes without saying: you can’t visit Rome without swinging by the city’s most iconic and magnificent attraction – the Colosseum.

The biggest amphitheatre ever built, dating back almost 2,000 years, invites you to explore its crumbling stadium and imagine the legendary gladiatorial battles that made it so famous. 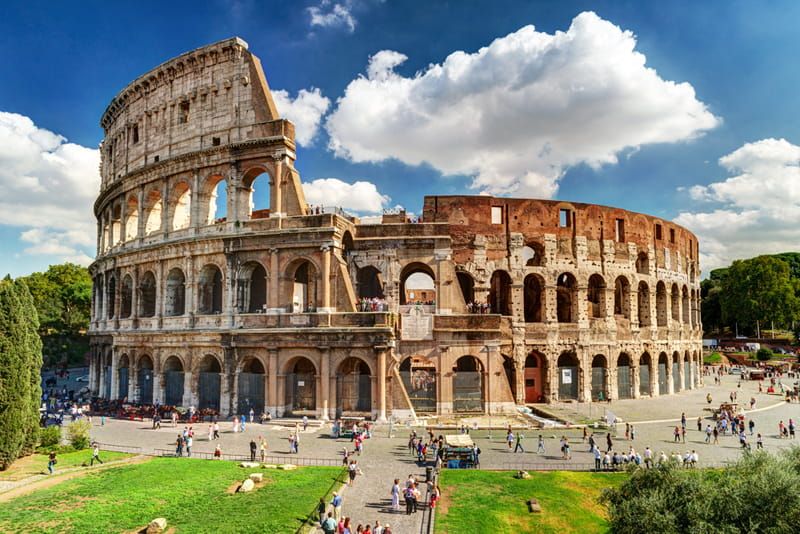 Throw a coin in Trevi Fountain

It’s become something of a tradition to make a wish and throw a coin into Trevi Fountain’s glistening water.

Constructed in 1762 by Nicola Salvi, the Baroque masterpiece pays tribute to the Roman God Oceanus, who is depicted riding a chariot pulled by Tritons. 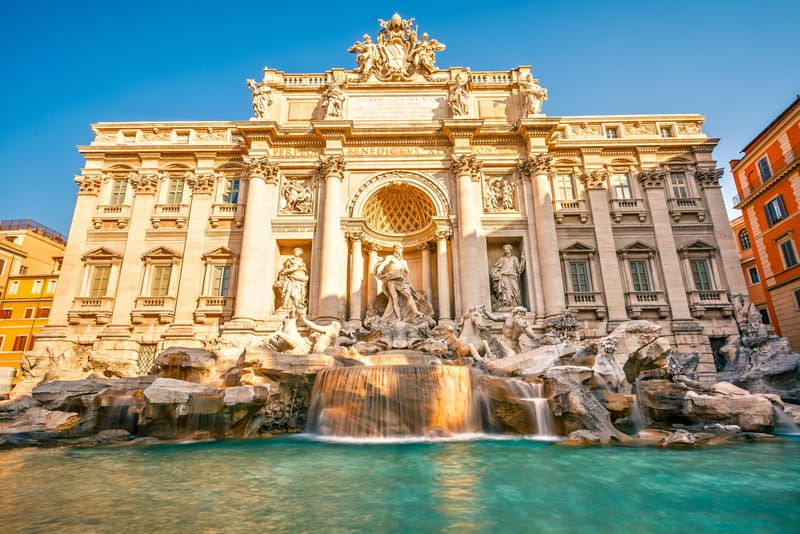 Explore the area around Vatican City

The Vatican is so fascinating, it can easily swallow up an entire afternoon of your trip.

Start at the Piazza di San Pietro (St. Peter’s Square) – one of the most famous piazzas on the planet – before admiring the Vatican Museums’ mammoth collection of ancient sculptures and Renaissance works.

You – literally – can’t miss St. Peter’s Basilica, the largest church in the world. Another absolute must-see is the breathtaking Sistine Chapel in the Apostolic Palace – home of the pope in Vatican City. Michelangelo’s world-famous frescoes adorn the ceiling, accompanied by the works of artists such as Botticelli and Rosselli. 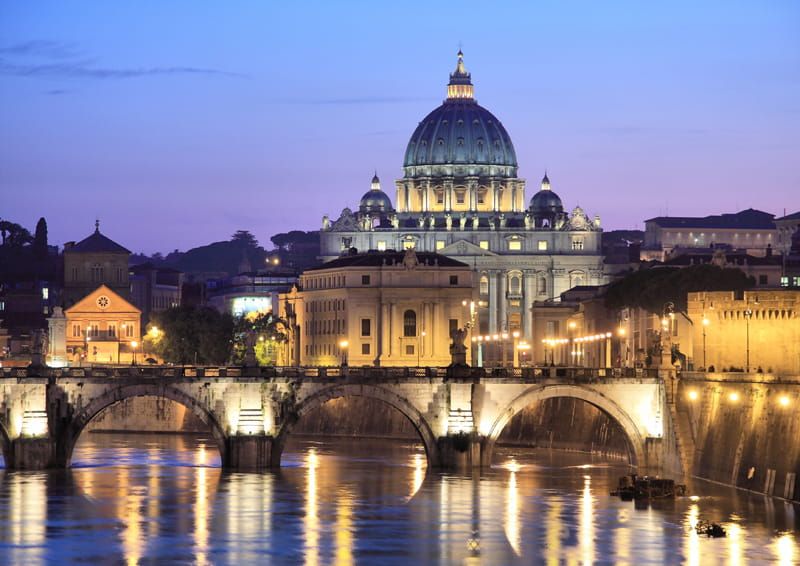 The well-preserved ruins of the Roman Forum and Palatine Hill offer a glimpse into the foundations of the ancient Roman Empire.

Once the marketplace of Rome, and later a gathering space for processions, criminal trials and gladiatorial matches, the Forum was home to some of the oldest and most important buildings in the ancient city. The oldest standing ruins date back as far as the sixth century BC! 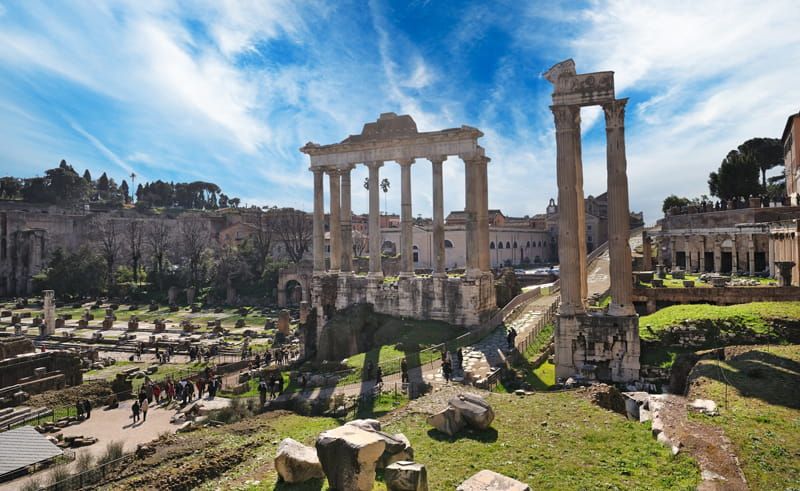 Gaze in wonder at the ancient Pantheon

Constructed in 118 AD, Rome’s mighty Pantheon stands as one of the best preserved ancient Roman buildings in the world.

Once a temple, and now a church, the building is the burial place of many Roman kings. Step inside to see the centrepiece: a coffered concrete dome with a circular opening in the middle where the light spills in. 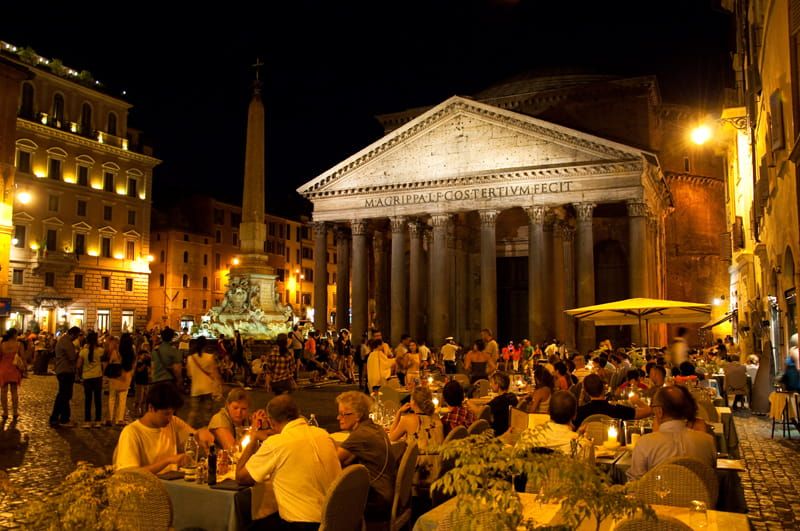 Embark on a culinary journey

Rome is synonymous with spectacular food, and it’s not difficult to find.

Every street is lined with cafes and restaurants serving up the most delicious Italian food you’ll ever taste: creamy carbonara, thin-crust pizzas laden with toppings and artichokes simmered with oil and herbs.

Then there’s the gelato; Rome is home to hundreds of gelateria selling scoops of classic flavours and creative concoctions. You better pack your biggest pair of jeans, because this is a city determined to fatten you up! 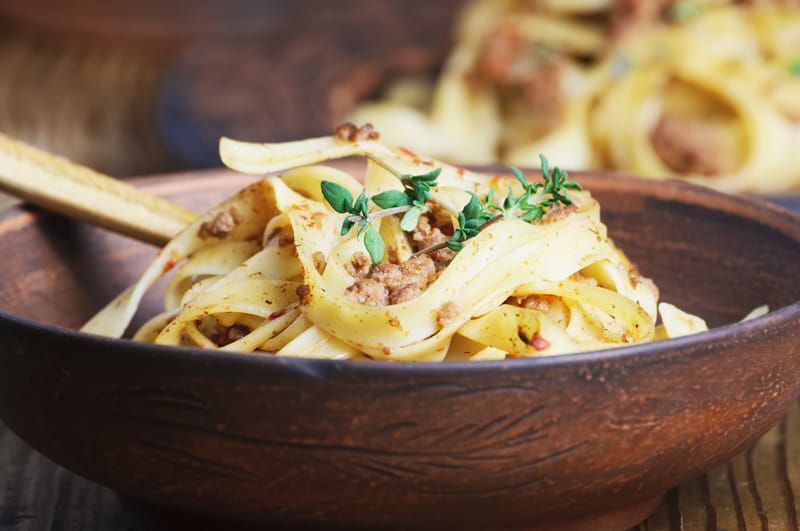 Like a true Italian, start every day with an espresso, and make sure you take plenty of coffee breaks throughout your day.

It’s important to explore Rome slowly, soaking up layer upon layer of history without trying to cram too much in. Settle down in a pavement café and watch the world go by. After an espresso – or something stronger – and a dollop of gelato, you’ll be revived and ready to take on the streets and squares of Rome with new gusto! 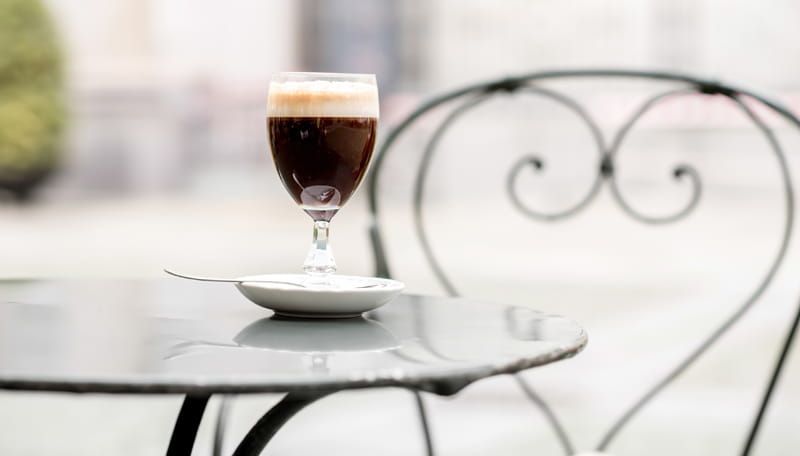 Step back in time this October and join other single travellers on a 3-night city break to Rome. Click here for more information.

Share:
« Solos travel insider: Q&A with Simona
Back to blog
Top 8 best beaches to visit while on holiday in Europe »