5 reasons to explore New England in the fall this year

There truly is no better time to explore New England than in the fall. As the season switches, the landscape explodes into a riot of colour and becomes a thing of sheer beauty. Don’t delay the trip of a lifetime: here are all the reasons why you should visit New England this fall.

From the rugged White Mountains of New Hampshire to the stunning coastline of Cape Cod, New England is home to some of the USA’s most picturesque scenery.

This is only made more beautiful when you factor in the fiery fall foliage that, for two months a year, carpets the landscape with a rainbow of golden, red and yellow leaves.

New England’s fall foliage will follow you everywhere you go, but the region’s forests and parks are some of the best places to soak up the views.

Don’t miss a drive, walk or bike-ride through a section of White Mountain National Forest, an 800,000-acre park boasting everything from alpine mountains and technicolour forests to crystal-clear lakes.

2) It’s where America was born!

In 1620 English pilgrims first stepped ashore in Cape Cod, marking the creation of New England – and America as a whole.

The region’s colonial history is apparent everywhere you go.

Trace each stage of the American Revolution along Boston’s Freedom Trail, and pay a visit to the living and breathing museum of Plimouth Plantation – an accurate replication of the Plymouth colony’s original settlement.

3) The food is divine

If there’s one thing that New England is famous for, after its foliage of course, it has to be seafood.

But that’s not all: an array of international influences means you can enjoy dishes from all over the world.

Start your meal with a hot bowl of clam chowder before tucking into an American Chop Suey, finishing off with a warm and fragrant Indian pudding. Delicious!

In New England, there’s no such thing as a boring drive.

Every car journey is a treat for your senses – and your camera. Just sit back and enjoy the colourful fall foliage and unbelievably beautiful landscapes that slide past your car window.

New Hampshire’s Kancamagus Highway is one of the most spectacular: flanked by layer upon layer of flaming red, orange and yellow trees, this 34-mile drive is a car journey you’ll want to last forever! 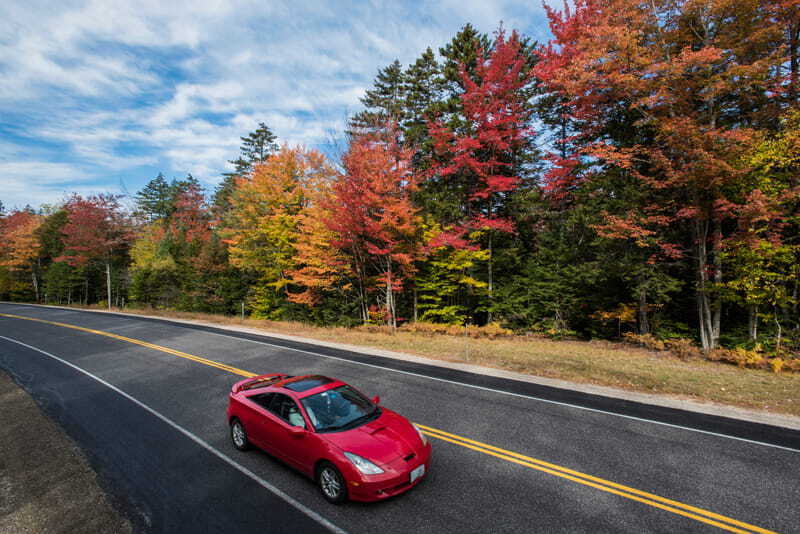 5) The small towns are as picturesque as the big ones

Sure, you have the big, iconic cities of Boston, Portland and Providence. But it’s the region’s small towns and villages that really give New England its charm.

Away from the urban metropolises lie idyllic mountain villages and coastal towns where a community-focused livelihood still thrives.

Travel off the beaten track to find those quaint smaller spots where life moves a lot slower and life feels a lot simpler.

6) The crisp autumn air makes the landscape ripe for exploring

If you hate getting hot and sweaty, you’ll love New England in the fall. The sweltering days of summertime are over, but it’s still warm enough to explore the great outdoors without getting chilly.

The temperature rarely creeps over 18°C and there’s very little rainfall, which makes autumn the perfect time of year for hiking or exploring the landscape by bicycle. 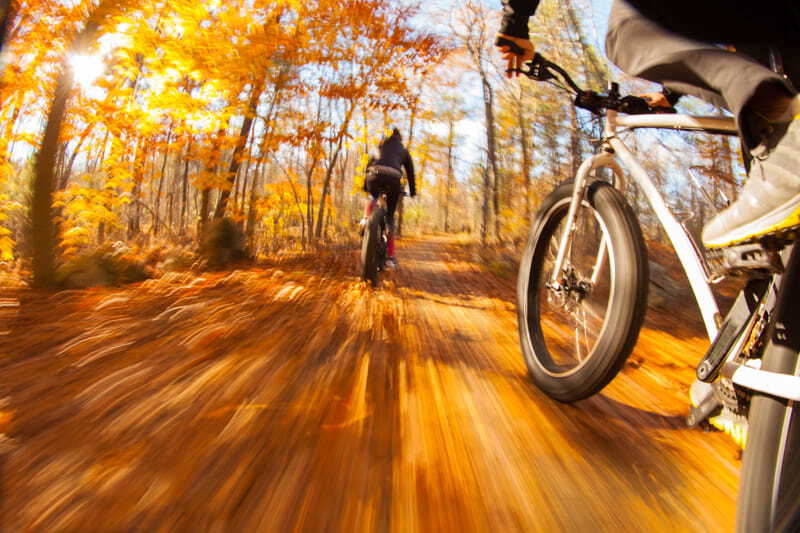 Best time to visit New England in the Fall

Want to catch New England’s fall foliage at the perfect time? While it’s difficult to predict the season’s ‘peak’, September and October are widely considered to be the best times to visit New England in the fall.

In the northern regions of Maine and New Hampshire, the leaves start changing colour around mid-to-late September, peaking around mid-October.

In the southern states of Massachusetts and Rhode Island, and along the coast of New Hampshire and southern Maine, the fall foliage starts later and can even last up until November!

New England in the fall tours

See the magic of New England in the fall for yourself this autumn alongside other single travellers.

Share:
« What to pack for your singles cruise
Back to blog
Things to do in the summer in England »