Cramming in culture, history and plenty of fantastic food, solo weekend breaks are a great way of dipping your toe into the world of single travel. With so many destinations to choose from, we’ve picked out 8 of our favourite city breaks for singles to try in 2020.

A vibrant cocktail of 24/7 parties, cutting-edge architecture and textbooks of history, Berlin is mesmerising.

Here, individuality is revered, things are cheaper than most major European cities, English is widely spoken and an intense party scene makes it incredibly easy to meet like-minded solo travelers.

Of course, no visit would be complete without walking the remnants of the Berlin Wall and a visit to the iconic Checkpoint Charlie. The food is also a key attraction here; on top of succulent meat dishes, Berlin is considered one of the best cities in Europe for vegans and vegetarians, truly offering something for every palate. 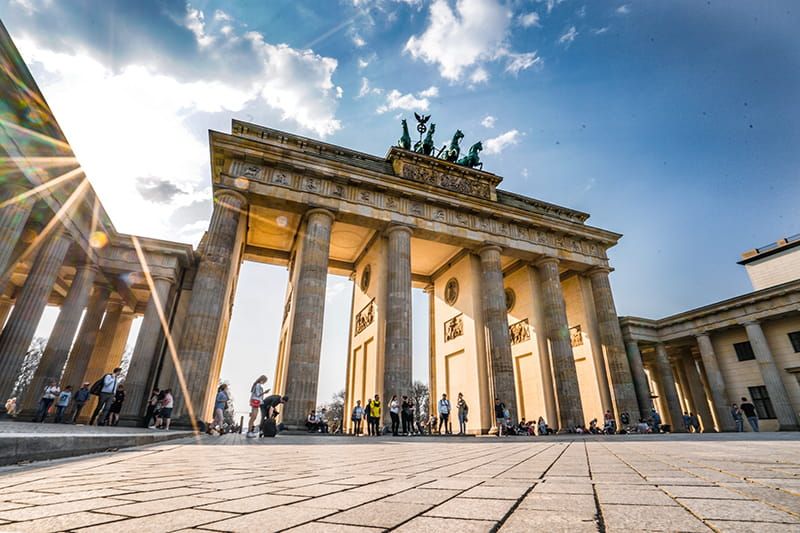 A city steeped in myths, legends and medieval architecture, a faint mystical air hangs over the Polish city of Krakow.

There’s so much history here, it’s difficult to know where to begin! Be sure to visit the old Jewish quarter which, now full to the brim with buzzing cafes, restaurants and bars, is also home to synagogues and a museum which pay tribute to the Jews who lived here before WW2. 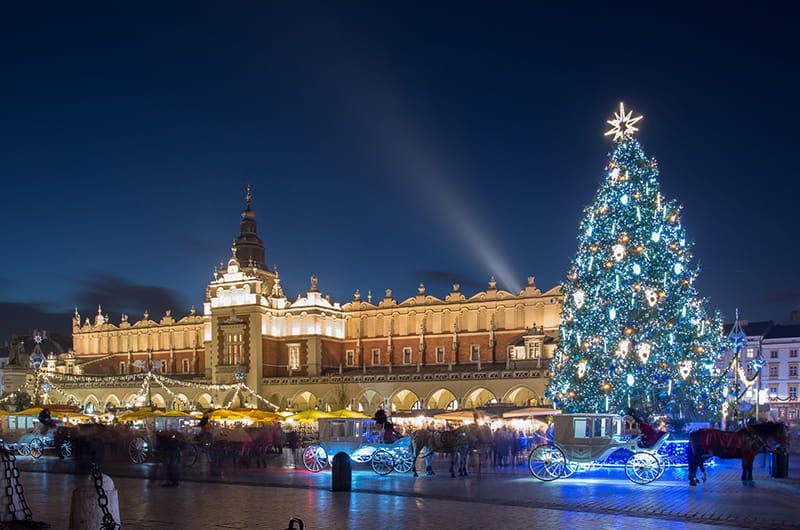 Catalonia’s colourful capital city is saturated with art, architecture and delicious food, making it the perfect choice for a solo city break in the sun.

You could easily spend weeks here discovering its fascinating museums, shops and iconic tourist attractions, and with beautiful stretches of sand on your doorstep too, you can balance out your city tours with a sun-kissed day on the beach.

A walking tour of the city is a must for any solo traveller, taking in the Sagrada Família Church, which has been under construction since 1882, and the iconic Parc Güell, a masterpiece of architect Antoni Gaudi that’s arguably the most impressive park in the world. 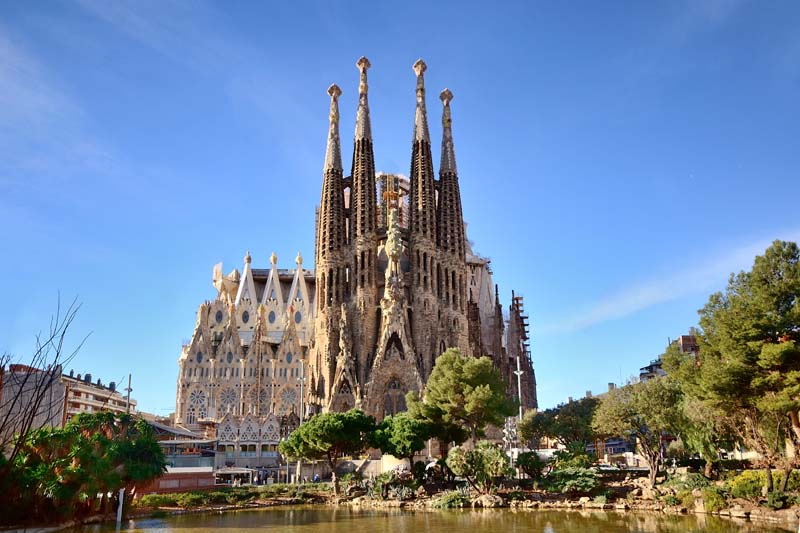 Stacked with over 3,000 years of history, friendly, welcoming locals and some of the best food in the world, Rome is the perfect destination for a solo short break.

Channel Julia Roberts in Eat Pray Love and dine alone on a pavement cafe, sample gelatos in every flavour, throw a coin in Trevi fountain and unearth the city’s history on a full-day tour.

It goes without saying that the Colosseum is a must-see. The biggest amphitheatre ever built, dating back almost 2,000 years, this crumbling stadium was the host of many legendary gladiatorial battles. 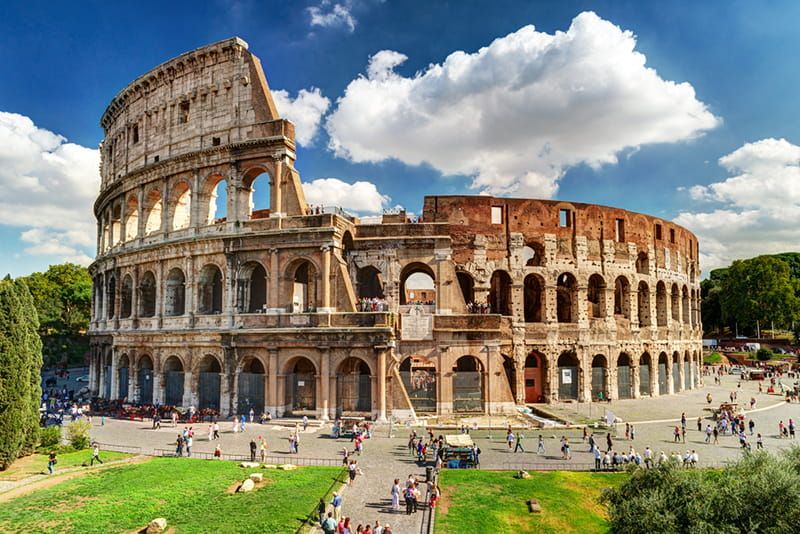 Nicknamed the ‘Pearl of the Adriatic’, Dubrovnik is is one of the most perfectly preserved medieval cities in the world.

Many solo travellers journey to this coastal beauty to see its beautiful historic centre, which has miraculously managed to keep many of its Gothic, Renaissance and Baroque churches, monasteries, palaces and fountains intact.

The beaches and impossibly blue waters of the Adriatic sea are also a draw. After a day tracing Dubrovnik’s past in museums, taking the cable car up to Mount Srd and climbing the city’s narrow lanes, throw yourself into the azure sea: paradise. 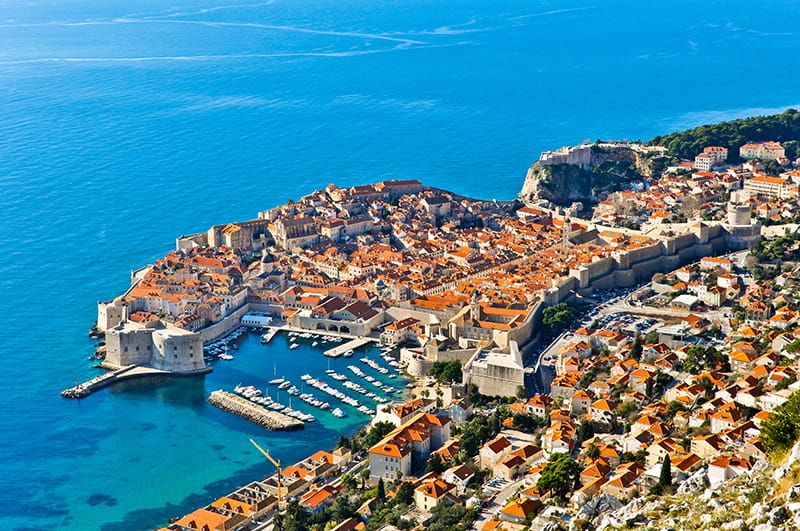 It won’t take long for solo travellers to fall in love with Budapest’s enchanting fairy-tale architecture and quaint cobbled streets. Cut in half by the River Danube, the city is separated into the calm, ancient Buda and his livelier brother Pest, offering travellers two distinct characters to explore on their solo city break.

Budapest is perhaps most famous for its spas. Boasting more thermal and medicinal water springs than any other capital city, there’s a huge array of bathhouses to choose from. Plus – they’re open all year round!

After a morning touring the sity, spend an afternoon in the spa curing your ailments, detoxing your skin or simply wallowing in the water. 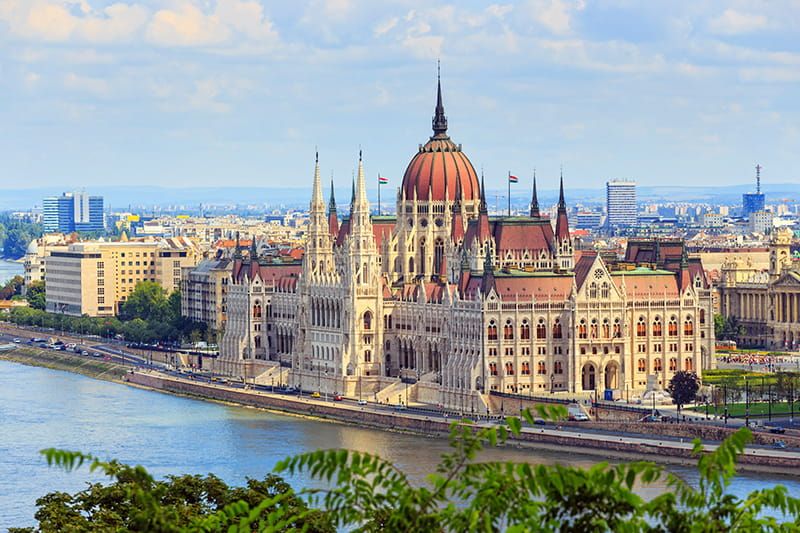 Home to armfuls of castles and art galleries – not to mention some of the best beer around – Prague is one of Europe’s hottest solo travel spots right now. It may be modern, but this medieval city is rich in history too, from the 14th-century Charles Bridge to the colourful Old Town square.

Prague is a party-animal at heart, so there’s really no better time to visit than New Year’s Eve. During the daytime, discover the city’s bohemian art scene, lose yourself down cobbled lanes, and stumble across ancient chapels, cute cafes and old-fashioned bars. Then, when the sun goes down, hop from bar to bar to sample Prague’s impressive array of brews. 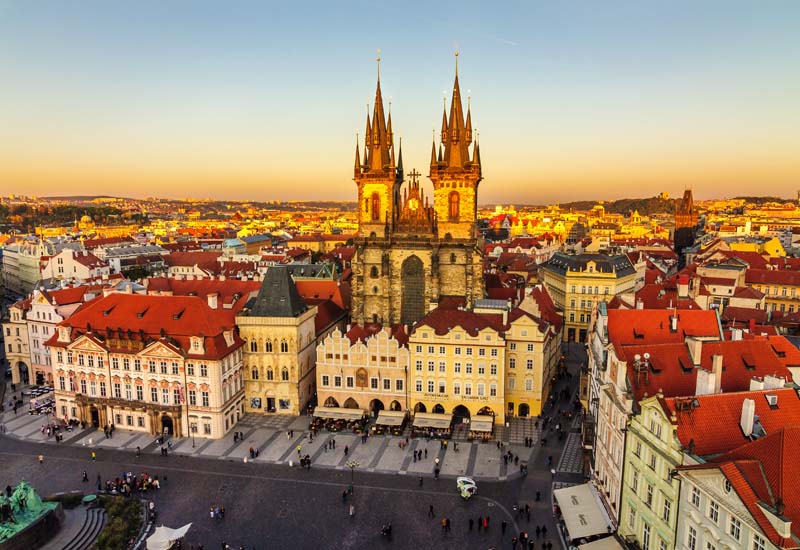 Split in half by the river Danube, Vienna is famous for its imperial palaces, rich artistic legacy and coffee-house culture.

Eating and drinking in this city is an experience in itself. Indulge in delicious cakes from the comfort of Vienna’s opulent coffee houses, or dine in its elegant restaurants to enjoy hearty portions of Wiener Schnitzel, Tafelspitz (prime boiled beef) and goulash.

A fairytale atmosphere makes it the perfect city for a Christmas solo city break; come between the middle of November and Christmas to witness Vienna’s prettiest squares transform into a maze of markets. 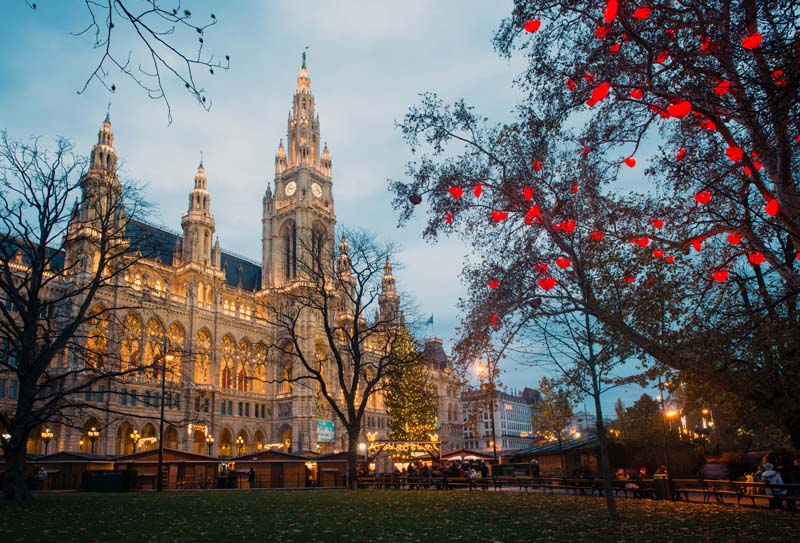 Share:
« 10 of the best Christmas markets in the world
Back to blog
Top things to do in Brazil »