A Solos Guide to Budapest

Our Solos team member, Ella, has embarked on a solo trip to the Hungarian capital of Budapest for five weeks. Whilst there, she is seeking out the hidden gems, compiling the top tips and trying all the local delicacies within five square miles...and we mean all of them! So, if you've been thinking about planning your own trip to this top European city, this is a must-read, and if you haven't, you'll be planning one in no time! 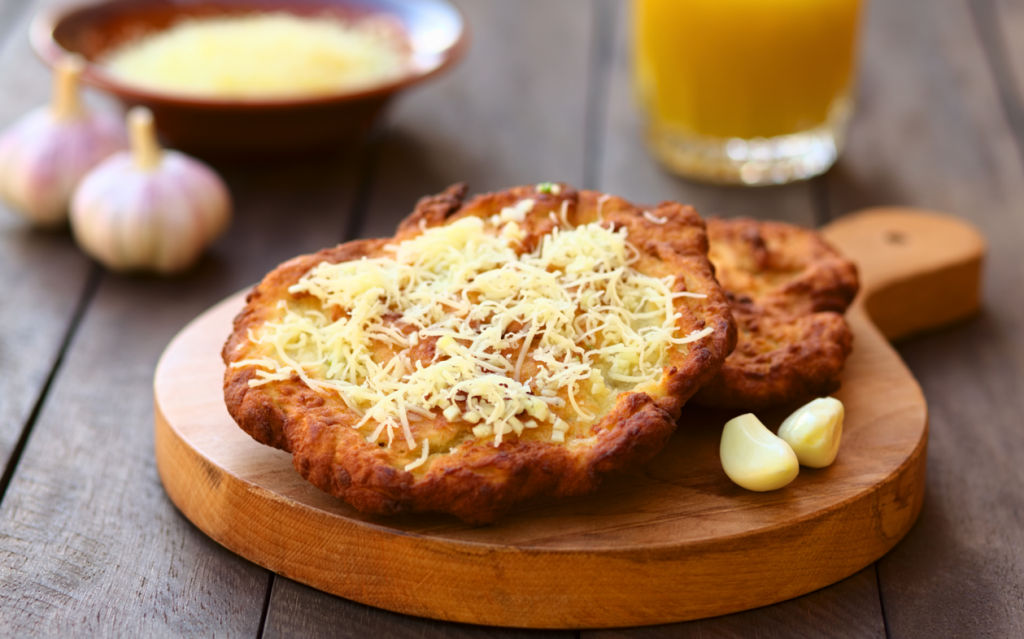 If You're A Foodie

First off, if you’re a foodie, then you’re reading the right article because I am also a fellow foodie! When I first touched down in Budapest the first thing I was excited to do was find a local supermarket and see what exciting treats they stock that we don’t get the pleasure of back home.

As a pescatarian, my first discovery was a surprising lack of fish. Although, as a land-locked country in retrospect perhaps I shouldn’t have been so surprised. That’s not to say there isn’t any fish, there are plenty of sushi restaurants around (I think 3 within five minutes walk of my accommodation!), plus there are plenty of vegetarian and vegan options both in supermarkets and restaurants.

Now, once I had ticked supermarkets off my Budapest bucket-list, next was the street food. There were two things I knew I wanted to try straight away and that was the local dish, Langos, followed by a chimney cake for dessert. Langos is a deep fried bread topped with cream cheese and grated cheese traditionally, but you can get anything from meats, to garlic and vegetables on yours if you like. If you’re heading out on a walking tour of the city, I would recommend this as the perfect cheap and cheerful dish to try on route.

The chimney cake can be found on most corners from a street vendor. Again, it’s a fried dough dish rolled in cinnamon sugar and topped with anything from nutella, to whipped cream and even apple crumble. If you’ve got a sweet tooth, this is one for you! 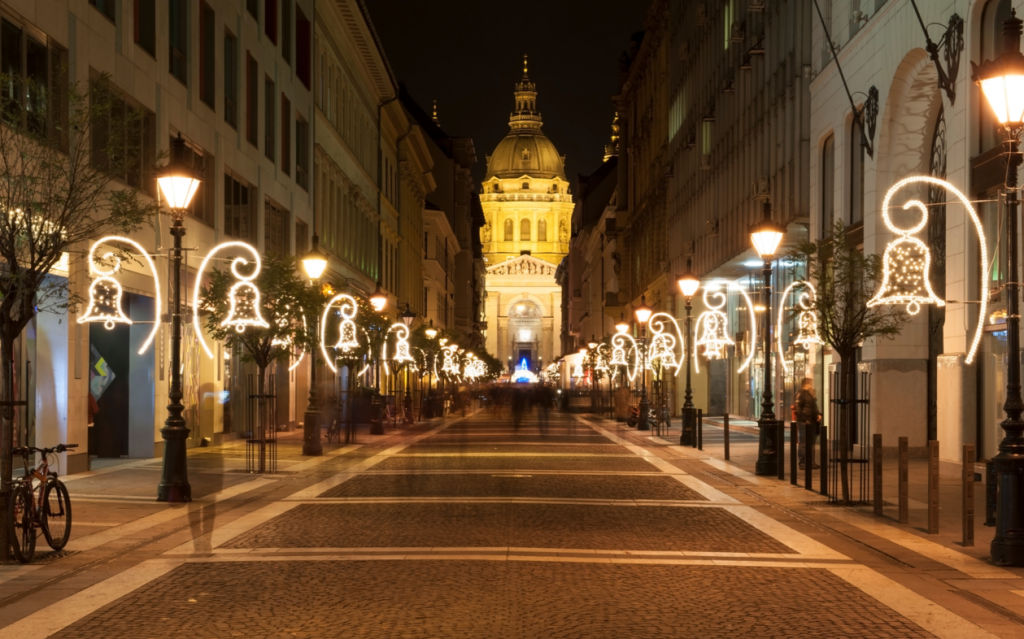 If You're A Shopaholic

Now, not only am I a foodie but I’m also a shopaholic, so on my first day exploring once I had fuelled up it was time for me to find the best shopping spots in town.

The first I came across was the West End Mall. If you join our Budapest trip in April, this is just a five minute walk from your hotel doorstep! This is a mall with anything and everything you want, so if you’ve forgotten any toiletries, need an extra outfit for dinner or simply want to have a browse, I would recommend stopping by this mall. And when I visited at the start of February, they had a mulled wine stand parked out front which made for the perfect way to wind up an afternoon of shopping.

The next spot I would recommend is Fashion Street, located round the corner from the famous St Stephen’s Basilica. Fashion Street is filled with charm, especially in the evening when the sparkling lights turn on. With a more select few shops, there are also plenty of bars and cafes nearby to rest your feet at. I spent one evening browsing the shops and then wandered just 5 minutes down from Fashion Street to the Danube riverbank and I have to say, it was stunning! 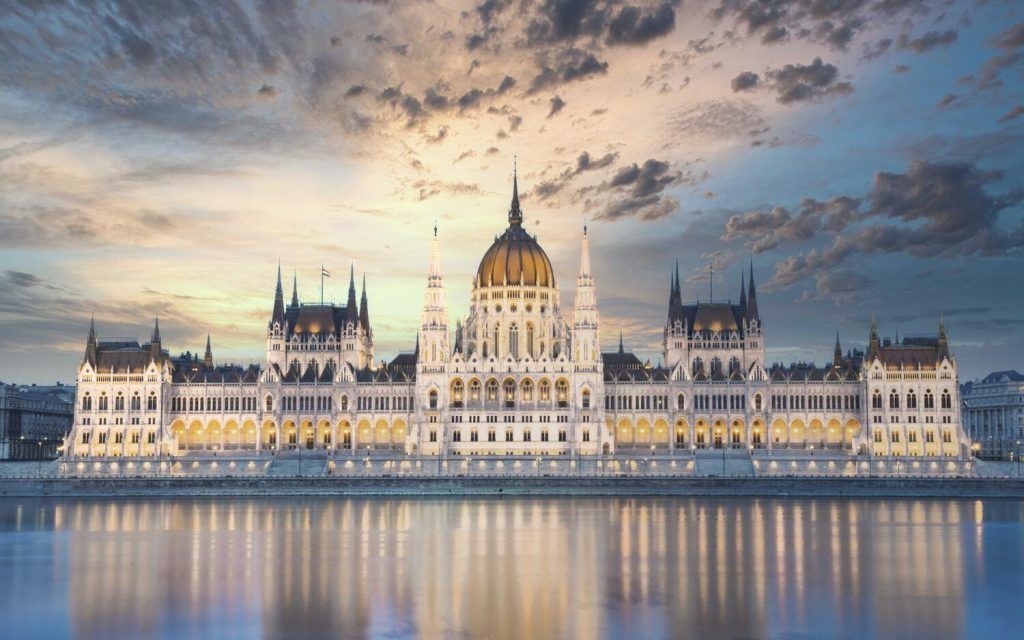 If You're A Landmark Seeker

Budapest does not fall short on the landmark front so if you’re looking to spend a weekend sightseeing, this city should be at the top of your list!

I started the day at St Stephens Basilica on the Pest side of the Danube, it is free to enter the church although a 200HUF (about 50p) donation is appreciated. This is also a great starting point because for just 1,500HUF you can get the lift to the top of the building (or climb the stairs if you’re brave) and get a 360 degree view of the city. This means you can point out all the lovely places you’d like to visit during your stay!

Next up, I’d recommend wandering down to the riverbank and taking a right along the Danube. Normally, I would suggest walking across the Chain Bridge to the Buda side but there is currently construction work going on which means you should keep walking up to the next bridge. This is even better however because it means you get to pass Parliament and the touching ‘Shoes on the Danube’ display.

Once you cross at the next bridge you will be on the Buda side of the river and now you can wander back the way you came past the Fisherman’s Bastion and Buda Castle, stopping in to explore and get a front row view across Parliament and Pest.

For Buda Castle, you can get the Funicular to the top for just 1,500HUF (around £3.50), stop at the Pavilion for a drink at the top and of course snap some stunning pictures of the views. You can choose to either get the funicular back down or walk down the other side of the castle. And by that time, it will be a good point to stop for dinner and a drink (or two!). 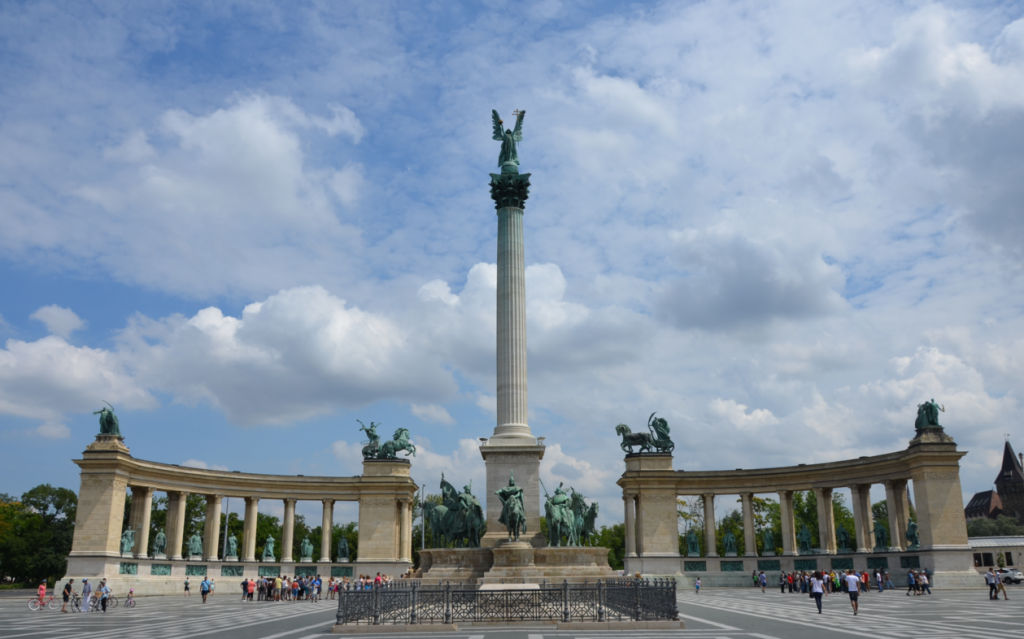 If You're A Walking Fiend

Now, I’ve been in Budapest for two weeks already and I have walked absolutely everywhere. This isn’t to say there aren’t other options because the city has some of the best public transport options I’ve ever seen from trams, to buses, and metros taking you to every corner of the capital.

If you’re looking for an enjoyable walk one afternoon during your stay I would recommend two places. First off is City Park. Here you can also visit the famous Heroes Square, go ice skating in the winter months, and of course grab some of that famous Hungarian street food. This park is wonderful as there are old ruin style buildings dotted throughout to explore.

Next, visiting Margit Island is something you shouldn’t miss during your stay. Situated in the middle of the Danube River between Buda and Pest, this island is a fantastic haven to explore by foot. However, you can also rent an e-scooter of a golf buggy to whizz along the pathways as well!

Although that may seem like everything you could want to know about Budapest, it's just the start! There really is no better way to get to know this city than coming to visit for yourself, the locals are all extremely friendly, most speak English and the city is packed with people from all over coming to explore just like yourself! So, if you're feeling inspired, join us in April to explore Hungary's capital and my new favourite European city!