How my solo holiday turned out to be the most sociable trip I’ve ever taken!

Travel journalist Honey Langcaster-James was given the opportunity to go on a Solos holiday to ClubSolos Corfu and had the most wonderful time, saying that ‘it’s the most sociable holiday I’ve ever taken in my life!’

I was given the opportunity to go on a solo holiday and I didn’t really know anything about these kinds of organised holidays for solo travellers, but I was told that it would involve joining a group of other solos for a week of funin the sun.

I must confess, I was a little nervous at first. Who else would be in the group? Would we get along? And would I be able to see and do the things I wanted to, or would I have to accommodate this group of strangers and all of their wishes and preferences for the whole week? Nevertheless, I thought I would give it a go… and my goodness what a fun week it turned out to be!

I chose to go on a Solos Holidays ClubSolos trip to Corfu — an island I’d been meaning to visit in Greece for some time. I boarded the plane and as soon as I sat down, the man sitting next to me asked if I was also a ClubSolos traveller. This rather took me aback, as it hadn’t occurred to me that I might actually be sitting with other ClubSolos travellers on the plane, but he was so friendly that I decided this was a very good start! It turned out that there were about six of us all sitting together on the plane, so we made our introductions there and then. 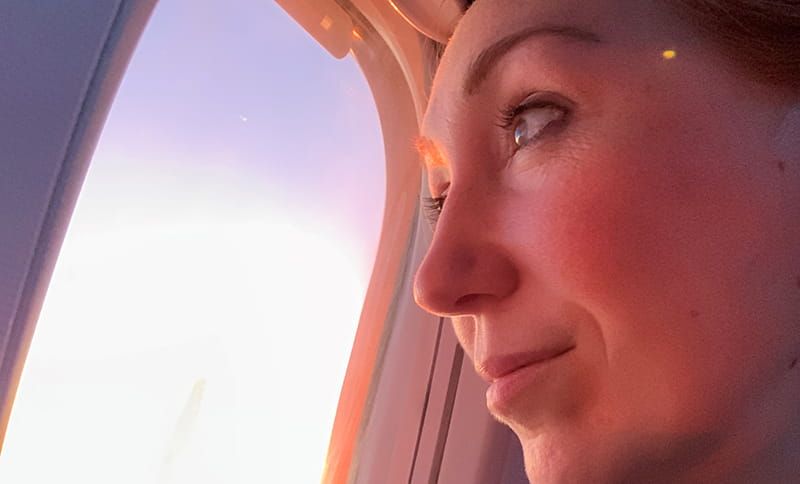 On arrival in Corfu, we were met by our lovely Tour Leader, Monica, and escorted by bus to our accommodation in Dassia, which is on the east coast of Corfu. The Aronda is a small family-run complex with a good-sized pool, an outdoor eating area and around 20 rooms. Best of all, as this was a Solos Holidays ClubSolos trip, we had the whole place to ourselves!

This was to prove a significant benefit because, with the whole complex being occupied by fellow solo travellers, no one was wondering why I was on my own, which I’d experienced in the past when I’ve been travelling solo. On the night we arrived, Kiki, who runs the Aronda with her husband, cooked us all some delicious food, and our Tour Leader Monica helped to get us all settled in and get to know each other. I would come to learn that one of the greatest things about a ClubSolos holiday is that the Tour Leader is pretty much there on the holiday with you. They organise all the trips and excursions, and host group dinners every night of the week, so if you’re feeling sociable you can come back from your day at the pool or beach or wherever and join the group. You never have to eat your evening meal alone! 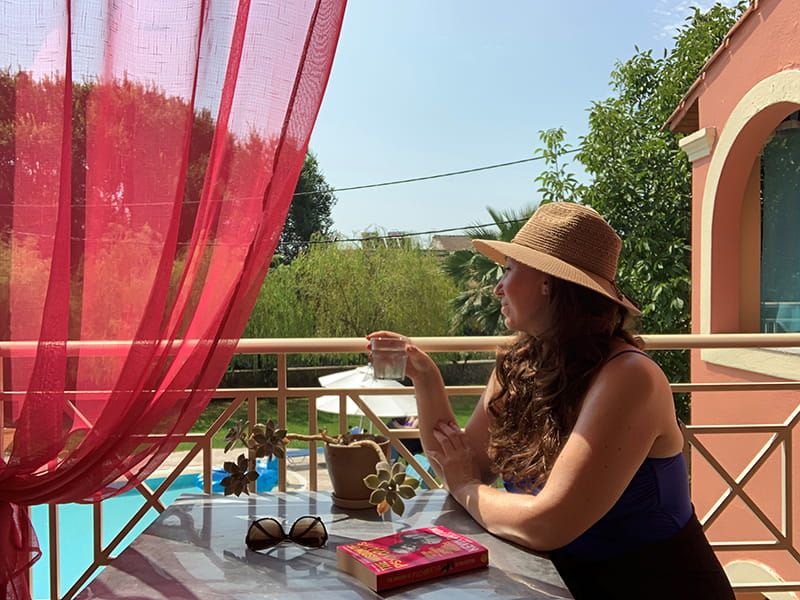 The main attraction of a ClubSolos holiday is about the opportunity to holiday with a group of like-minded people and have some fun, doing your own thing if you want to, before coming back and eating with the group in the evenings, swapping stories about the day. I found that I spent very little time in my room during the week anyway, so it was more than sufficient and comfortable for me.

Every morning, breakfast was provided, and though the food was simple, it was fresh. There was always a big pot of coffee and some Greek yogurt and fruit, which is pretty much all I need in a morning, though Kiki does make a delicious omelette! 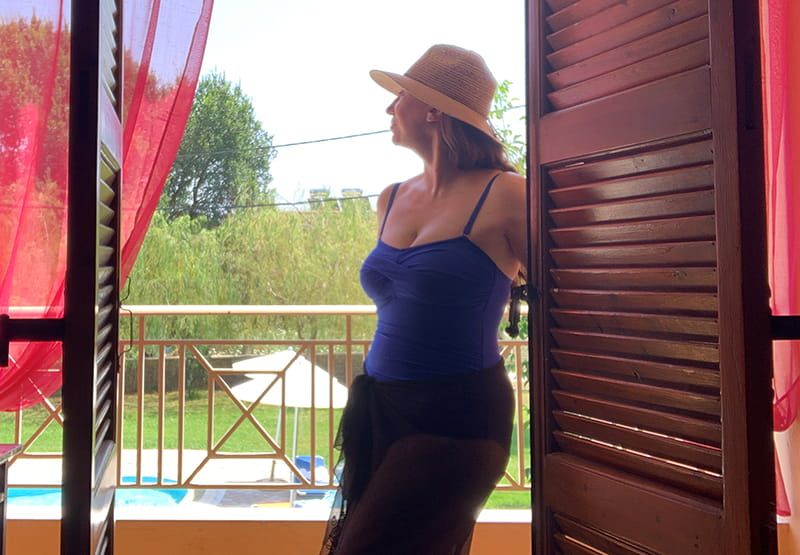 The best thing about the breakfasts, though, was coming downstairs to cheery greetings from the group, and everyone chatting about their plans for the day. By day two, there was already a family-like atmosphere. There were a range of ages and different types of people to mix with, and there was never any pressure to join in with anything you didn’t fancy, but at the same time, if you wanted to sit around the pool and chat all day, you certainly could.

In addition to the various tours and excursions on offer, our Tour Leader, Monica, and our host, Kiki (a local), were able to give us tips on what to see and how to get around. There was a bus stop right outside the Aronda, so it was super-easy to jump on and off the bus and explore the island, and there were lots of things to do.

One of the first things I did was go to see Corfu Town, the main city on the island. I loved the Venetian-influenced architecture, and the quaint little side streets.

Corfu Town is great for shopping, and there is also a hop-on, hop-off bus tour, which takes you easily around all the main places of interest. You can even take a delightful horse-and-carriage ride around the old town. I did both! 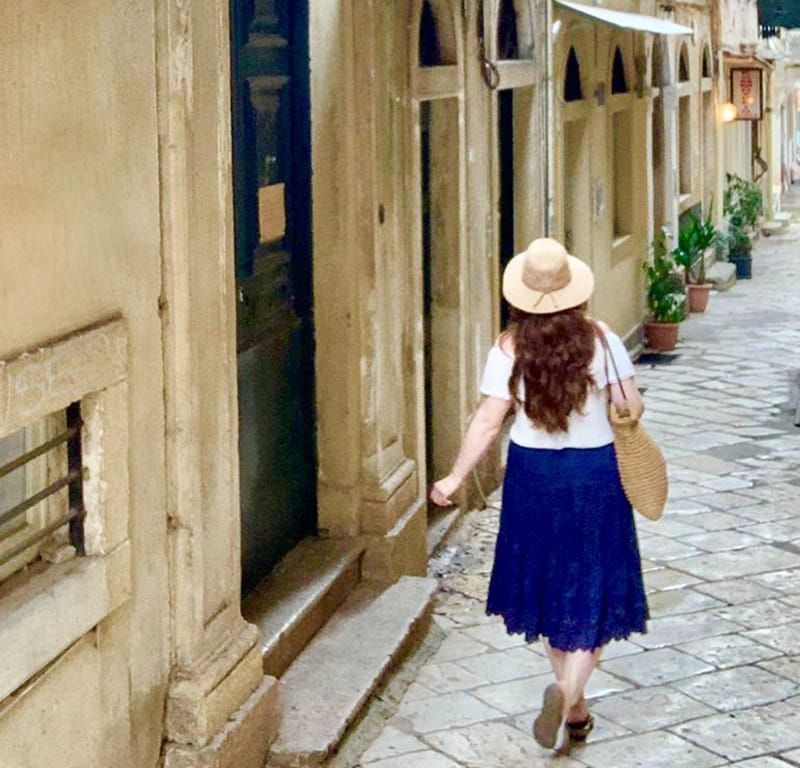 Some days, I would join up with a few other members of the group who wanted to do similar things and we’d go off exploring together, but on other days I relished the opportunity to go off by myself and do whatever I wanted to do without having to negotiate or compromise. It was very liberating in that regard: the best of both worlds.

In addition to the beautiful sunshine, great beaches, idyllic little lagoons and hidden coves that you would expect from a Greek island, Corfu has a surprising amount of culture and history to absorb if you’re a culture vulture like me.

I really enjoyed visiting both the Old Fortress and the New Fortress in Corfu Town, the Achilleion Palace, the Palace of Mon Repos (where, I learned, Prince Philip was born and baptized) and a beautiful little fishing town called Kassiopi, which was a dreamily peaceful and picturesque little place. You can also take a boat trip around the island and see the parts that you can’t reach on foot.

By the end of my week, I felt that I had experienced the perfect balance between exploring all the main sights and lazing around on the beach or by the pool with a book. Moreover, I really enjoyed the mix of being able to do my own thing when I wanted to, but also getting together with the rest of the group whenever I wanted to socialise. There was always someone ready for some fun and laughs over dinner and drinks. 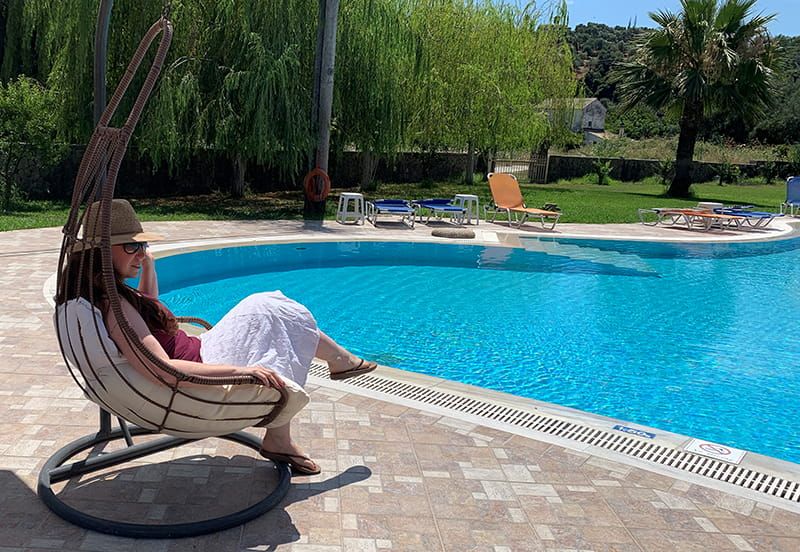 I think what was perhaps most telling for me about the solo-holiday experience was that while I was a newbie to it all, everyone else in my group had been on a solo holiday at least once before, and many of them had been several times. One chap in our group told me this was his tenth solo trip, which is testimony to how enjoyable this kind of holiday can be.

Solo travel also seems like a great way to make friends in general. One member of the group told me that she had kept in touch with people she met on a holiday many years ago and now they meet up every year and organise a trip away together. By the end of the holiday, I knew there were several people in the group who I’d love to stay in touch with, and as email addresses and contact details were swapped, I found myself saying goodbye to the group, and Corfu, with a heavy heart.

Once I was back in the UK, it wasn’t long before my inbox was pinging with messages from members of the group sharing their photos and making arrangements to meet up again. That was the best thing about my week overall: I went on a solo holiday, but in many ways it was the most sociable holiday I’ve ever taken in my life!

Feeling inspired by this, take the next step and read all about ClubSolos Corfu and then click to book!

Share:
« Why is solo travel on the rise?
Back to blog
Our favourite Asia & Indian Ocean holidays »