Most beautiful places in Mexico to visit

An ancient Mayan legacy, powder-white beaches, steaming jungles and vibrant cities: Mexico never fails to mesmerise its visitors. Here are 10 beautiful places to visit that you simply can’t miss on a holiday to Mexico, some well-known and others less so…

You can’t visit Mexico without paying a trip to its very own Wonder of the World, Chichén Itzá. Dating back to as early as 550 AD, these ancient ruins were once the centre of the Mayan civilisation.

While the towering El Castillo pyramid steals most of the attention, there are enough sacred temples, stone carvings and crumbling ruins to keep you fascinated for hours. 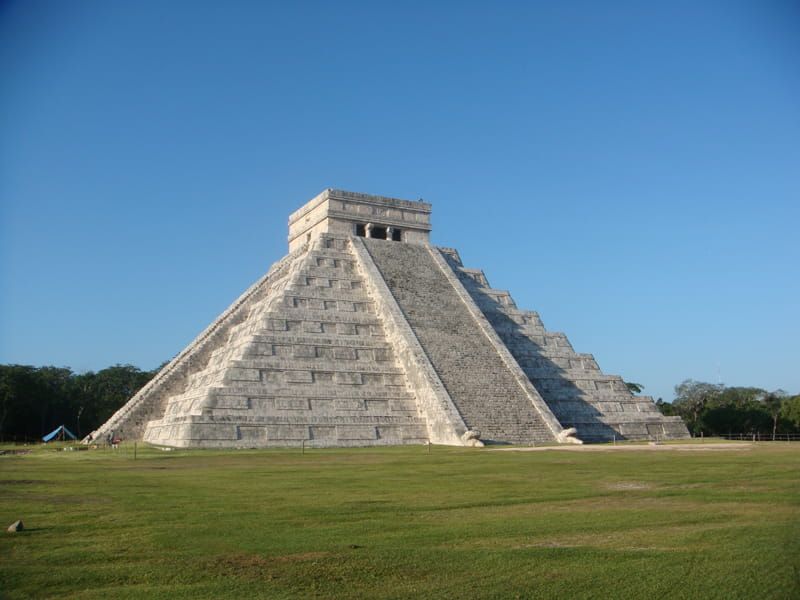 Named after the impossibly blue water that crashes into the river below, the Agua Azul (literally “Blue Water”) waterfalls in the Mexican state of Chiapas are a sight to behold.

The incredible turquoise colour comes from the high mineral content of the water, which deposits itself on the rock. 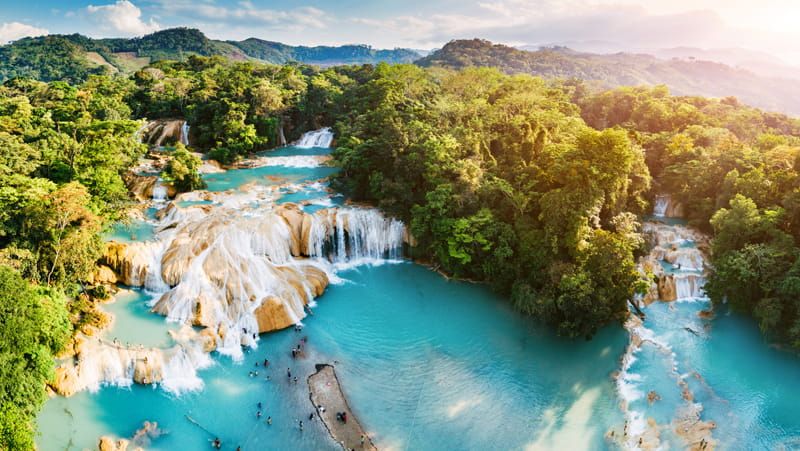 If there’s one thing Mexico certainly isn’t in short supply of, it’s Mayan ruins. The ancient city of Palenque dates back to 226 BC and is one of the finest examples of Mayan architecture that still stands today.

The temples are made even more magical by the jungle that surrounds them and the chorus of monkeys and exotic birds that echo throughout the trees.

Expect uncrowded beaches, a tranquil vibe and masses of pink flamingoes at the small fishing town of Celestún.

Things move at a slow pace here, and the locals like it that way. Come here to relax, unwind and watch the pretty pink swarm of flamingoes from the town’s local wildlife sanctuary.

Just 30 miles from Mexico City lies the ancient Mesoamerican city of Teotihuacán – a sprawling complex of towering pyramids that once housed over 100,000 citizens!

This ‘City of the Gods’ as it was once known is famous for being the largest city anywhere in the Western Hemisphere before the 1400s. 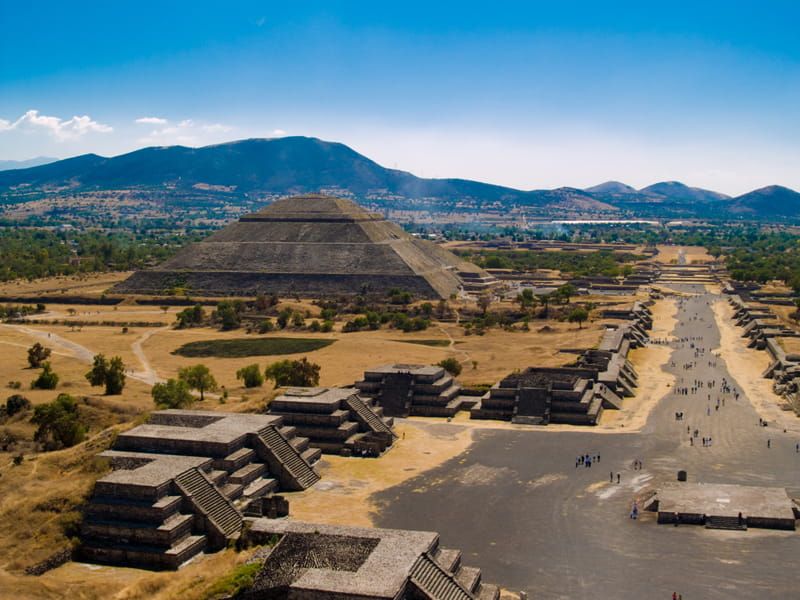 While Mexico might be saturated with historic intrigue, it has its fair share of natural beauty too.

Set within a natural park, the spectacular Sumidero Canyon is home to endangered species including river crocodiles, spider monkeys and ocelots. Covered in lush, green jungle, the canyon walls stand between 600 and 2,100 feet deep, but can stretch up to 3,000 feet deep in some places! Take a boat trip along the Grijalva River and admire the beauty from below. 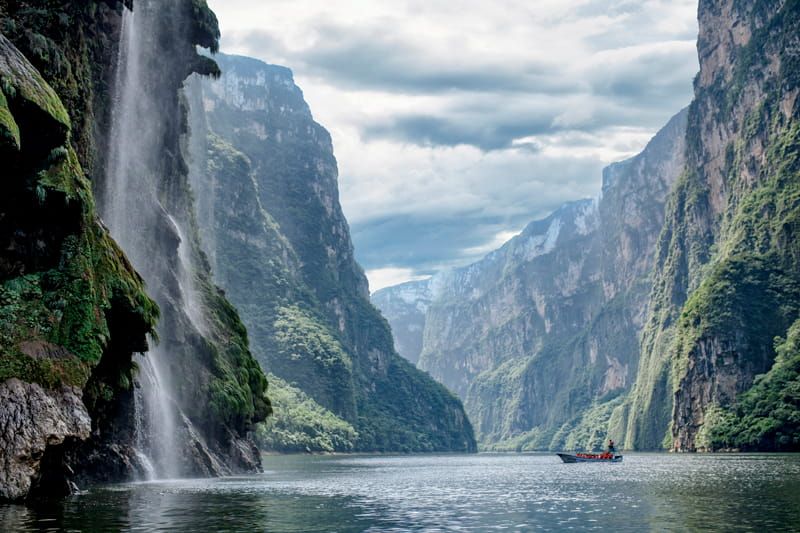 Perhaps Mexico’s most colourful city, Campeche is a city straight from a fairytale complete with rainbow buildings, old-world fortresses and tales of pirates.

The main attraction here is the UNESCO-listed historic old town with outer walls and fortifications designed to defend the port from pirate attacks in the 17th and 18th centuries. 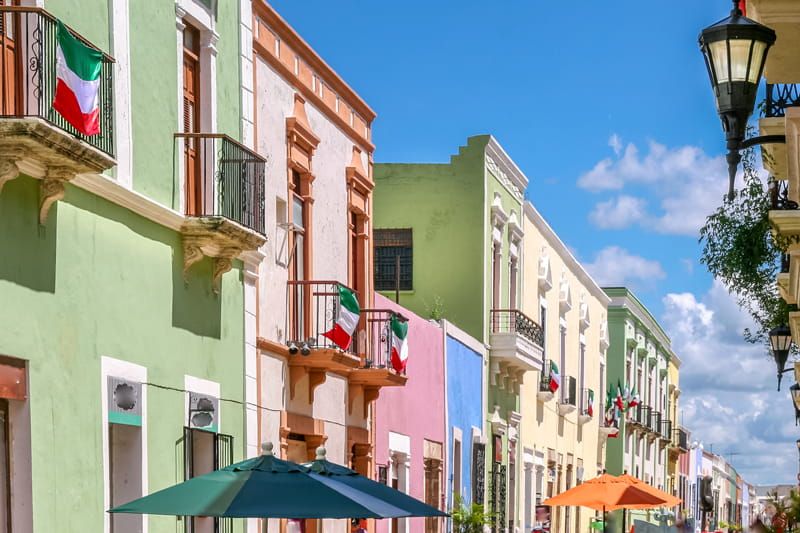 Cosmopolitan and cultured, Mexico’s vibrant capital is one of Central America’s most up and coming cities right now. Many people travel here for the food alone, but there’s plenty to admire here after you’ve filled your belly.

Take a boat trip down ancient canals, admire the beautiful colonial architecture and dip into every museum that intrigues you (that will be a lot!).

What’s a holiday to Mexico without a visit to one of its beautiful, powdery-sand beaches? Riviera Maya, a blissful stretch of Caribbean coastline on the country’s Yucatán Peninsula, is one of the most idyllic.

Finish off your tour of Mexico with a day or two of doing nothing but sipping cocktails from a sunlounger, with the occasional dip in the invitingly turquoise sea. 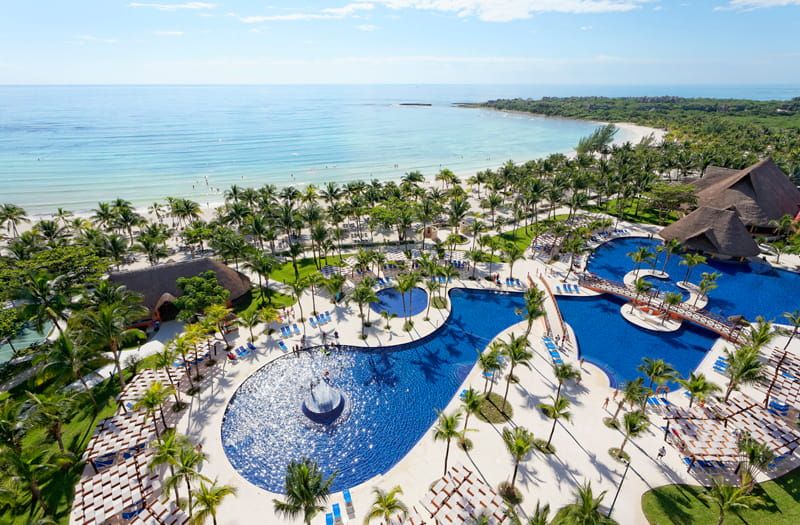 Share:
« Which cruise to Norway is best for you?
Back to blog
Best walking holidays for single travellers »