Best things to do in Armenia

An offbeat and largely unknown destination in Asia, Armenia is where adventurers go to avoid the crowds. From magnificent landscapes to ancient towns and villages soaked in history, here are the top 10 things to see and do when you visit Armenia.

A beautiful blend of otherworldly landscapes, ancient history and stunning scenery, Armenia is an off-the-beaten-track treasure in the Caucasus region, sandwiched between Europe and Asia. The birthplace of Christianity as we know it and rich in thousand-year old buildings and artefacts, it’s the place to visit for anyone interested in history on a grand scale. If you’re wondering what to do in Armenia and which sights you simply can’t miss, discover the top 10 things to see when you visit Armenia.

Although dating back thousands of years, Armenia’s capital city is defined by its grand Soviet-era architecture. Few traces of Yerevan’s ancient past remain, but a wander down any archway will transport you into a different world, with beautiful churches and crumbling old buildings just waiting to be discovered.

The name ‘pink city’ derives from the colour of the stone used for building the city’s main structures, a feature which has made it all the more picturesque.

Included in the Guinness World Book of Records, the view from the world’s longest reversible aerial tramway is a must-see for anyone visiting Armenia.

Running for 5.7km between Halidzor village and Tatev Monastery in the south, the ‘Wings of Tatev’ gives visitors access to Armenia’s 9th-century monastery complex, one of the country’s most important religious centres that was, prior to the creation of the tramway, very difficult to reach. 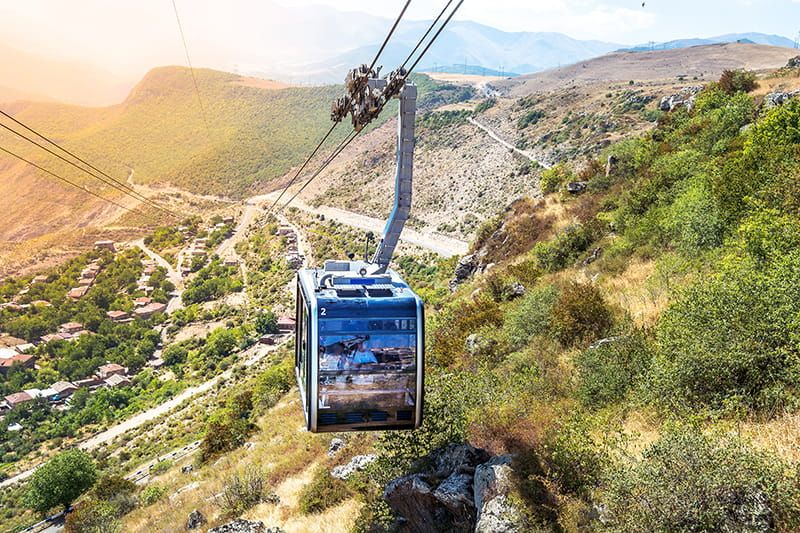 Drink in the beauty of Lake Sevan

Set 1,900 square metres above sea level, the vast and picturesque Lake Sevan is one of the world’s largest high-altitude lakes.

The freshwater lake even has its own selection of beaches to lay your towel onto, which has made it a popular vacation spot for sun-seeking locals during Armenia’s warm summer months. Relax by the water and drink in the lake’s metamorphizing colours that change from dazzling azure to dark blue, and a thousand shades in-between. 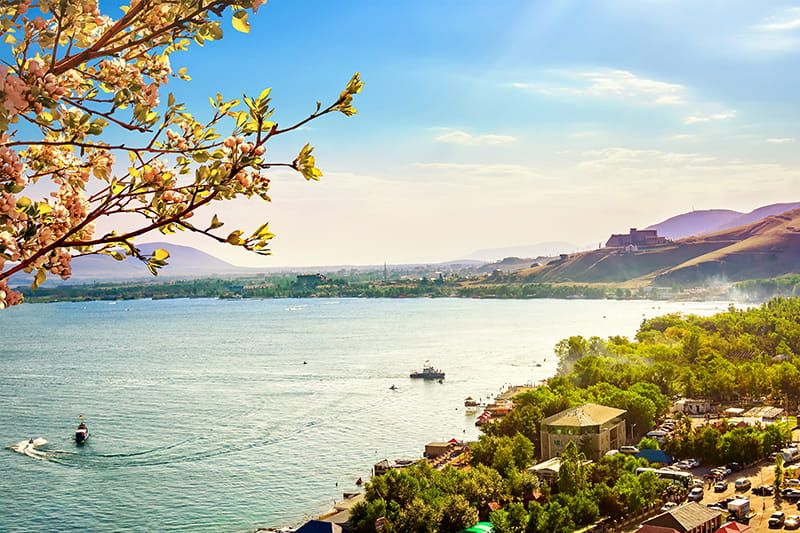 Visit the only remaining Pagan Temple

This ionic temple in the village of Garni is famous for being the last remaining Pagan temple in Armenia, and has become a symbol of pre-Christian Armenia. Dating back to the third century BC, it was later destroyed by an earthquake in the 17th century and rebuilt using most of the original stones.

The scenery surrounding the temple is an attraction in itself; vineyards pepper the hill it stands on, and its elevated position affords spectacular mountain views from all angles – so be sure to bring your best camera! 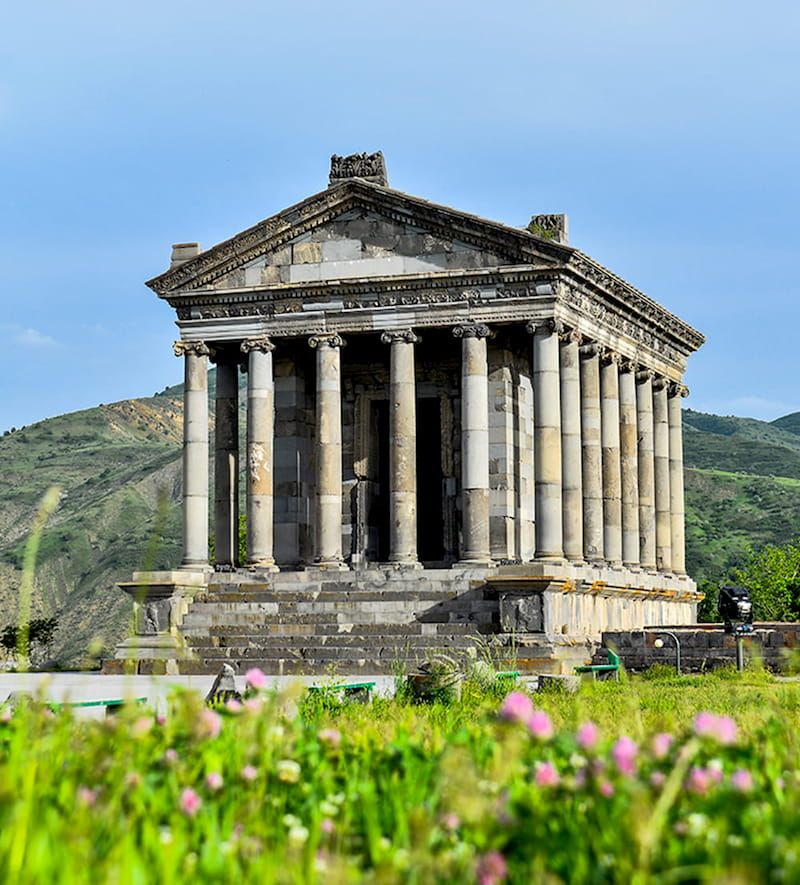 Discover one of the most amazing monasteries in Armenia – Geghard

The UNESCO World Heritage site of the Geghard Monastery is a must-see for anyone looking to visit Armenia. Made up of several churches and tombs, most of them cut into the rock, the monastery complex illustrates the peak of Armenian medieval architecture.

Like many of Armenia’s ancient attractions, Geghard Monastery is backed by a beautiful landscape surrounded by a series of towering, dramatic cliffs. 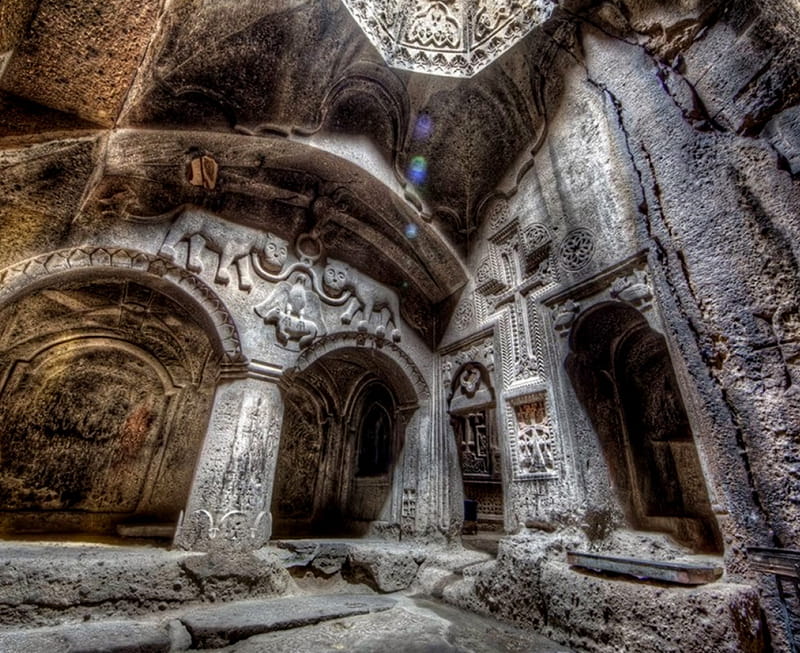 Explore the cave village of Khndzoresk

Just when you thought Armenia’s landscapes couldn’t get more sublime, there’s Khndzoresk. Divided into new and old sections of the city and connected by a swinging bridge (crossing is an experience in itself!), it’s the old part which will truly take your breath away.

Built into the volcanic rock, the village is made up of huge caves which archaeologists believe were inhabited for thousands of years until the 1950s. In the early 1900s, Old Khndzoresk was the largest village in eastern Armenia, housing 8,300 residents! Their homes were all stacked on top of one another and residents were known to have travelled through the village through a series of hidden tunnels and ropes. 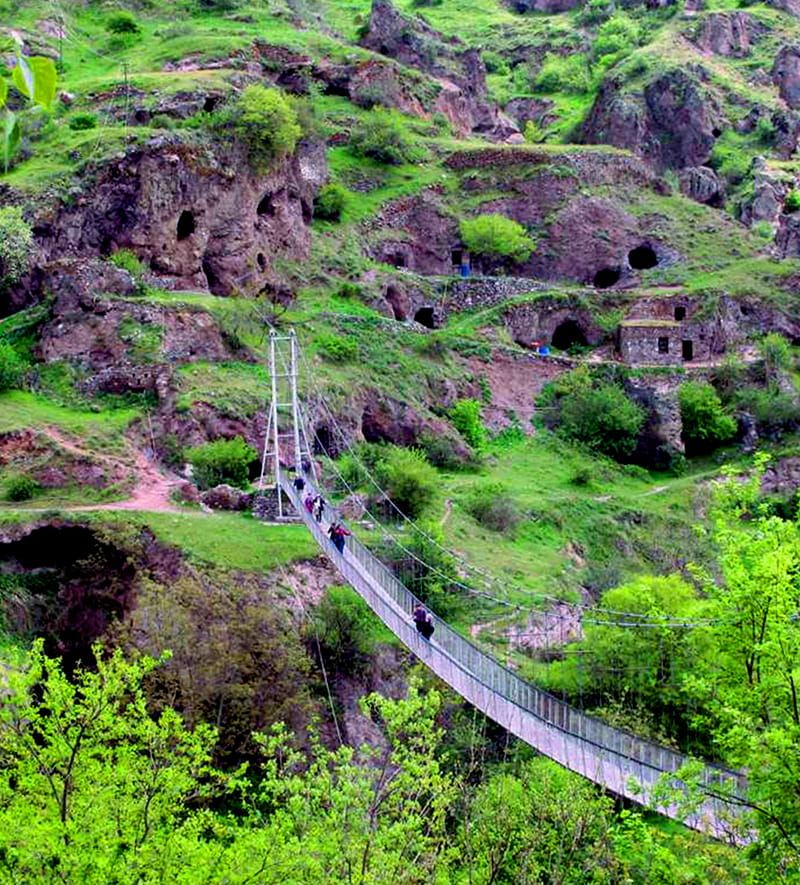 Bathe in the thermal springs of Jermuk

Home to over 40 thermal springs, the beautiful spa town of Jermuk in the south of Armenia is where the locals come to rest and revitalise.

Soak up the verdant landscape, breathe in the fresh mountain air, visit the Gallery of Water to taste the healing mineral waters, and don’t forget to visit the most popular attraction – Jermuk Waterfall, which is the second largest waterfall in Armenia. 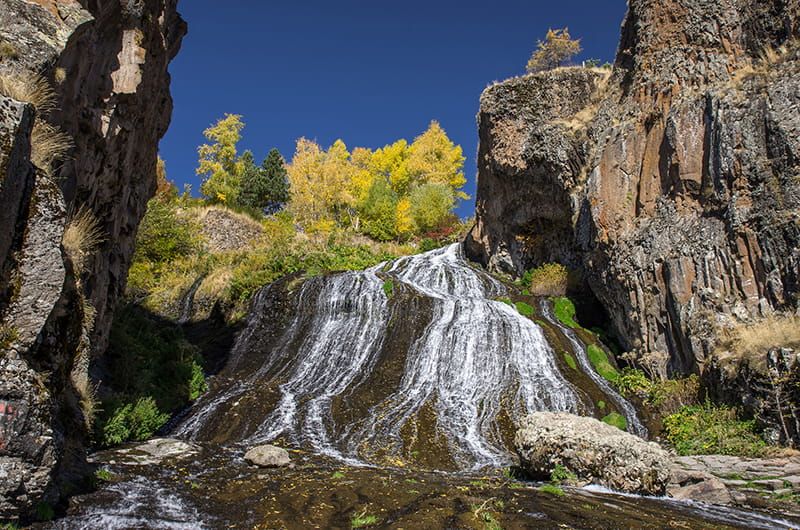 Step back in time at the Karahunj Observatory

Also known as Zorats Karer, which translates as ‘army of stones’, this ancient stone complex has been a source of much mystery for scientists over the years. Set at an altitude of 1,770m, the site is made up of over 200 stones, each of which have holes, and is believed to have once been used as an observatory for star-watching. 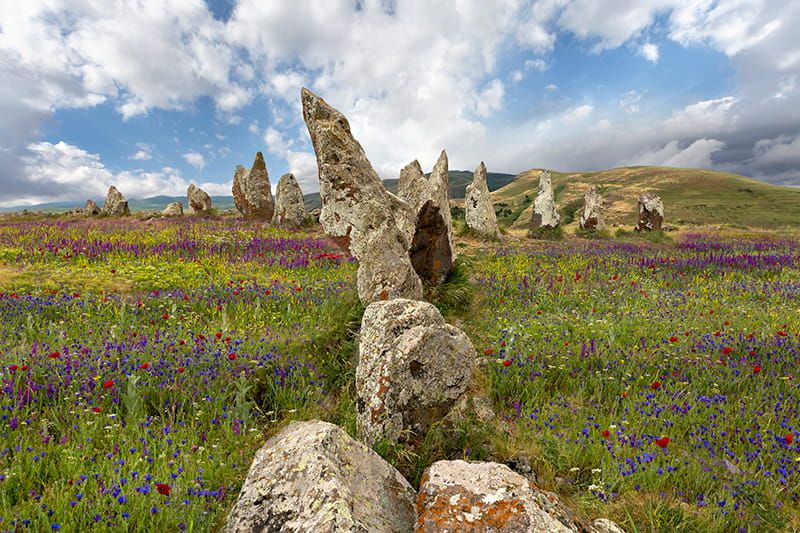 Certainly not your average road, a drive through Selim Pass is a journey you won’t forget in a hurry. Sitting at over 2,000m above sea level, the pass climbs through the Vardenis Mountains, and is one of the most scenic mountain passes in Europe. 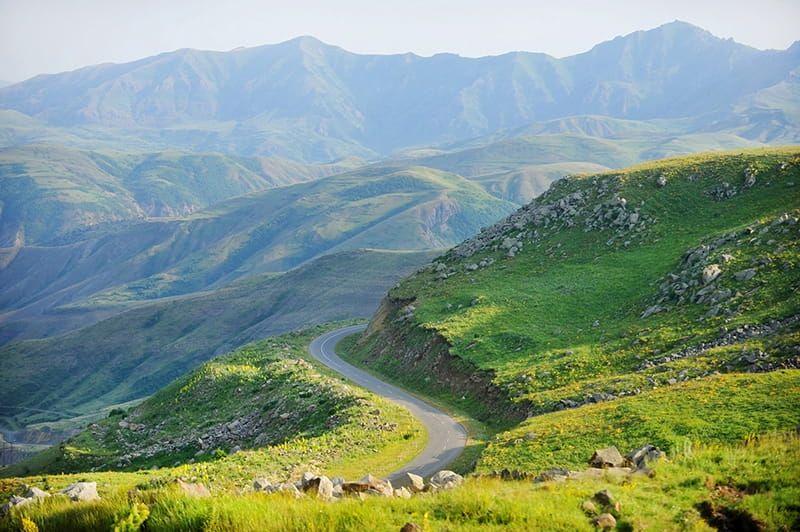 What better way to get a taste of Armenia than to sample its rich and varied cuisine?

Influenced by European and Levantine cuisine, and mostly revolving around lamb, aubergine and lavash (a thin flatbread), Armenia’s most famous traditional dishes are harissa (porridge made of wheat and meat), khash (slow-cooked meat or lamb) and dolma (minced meat wrapped in grape leaves).

It’s also a country that’s well-known for its wine, with numerous wineries dotted across the landscape. And the best bit? The food and drink here are super cheap! 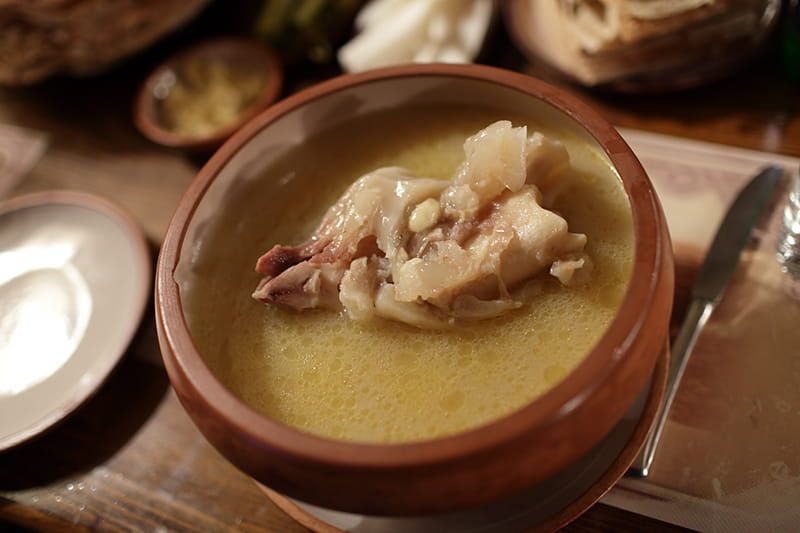 Experience all this and more this summer on our 10-night Discovery tour to Armenia. Click here for more information, dates and prices.