If you’re a foodie, you’ll understand that a huge part of visiting a new city is sampling plate after plate of new and exciting food. Don’t miss out on the best food in the world: here are 10 cities that are famous for having some of the best dishes in the world, and what to munch on while you’re there.

Famous for the pintxos (Basque tapas) bars that litter its streets and its handful of Michelin stars, the small Basque city of San Sebastián is widely recognised as one of the best food destinations in the world.

There’s food here for every taste and budget: the city has one of the highest number of Michelin stars per square metre – even beating New York and Paris!

But if you’re on a tighter budget, you can while away your days sampling the freshest seafood from street market stalls, or gorging on pintxos – small pieces of bread topped with a variety of ingredients, from Spanish ham, prawns and anchovies to cheese, chorizo or mushrooms. 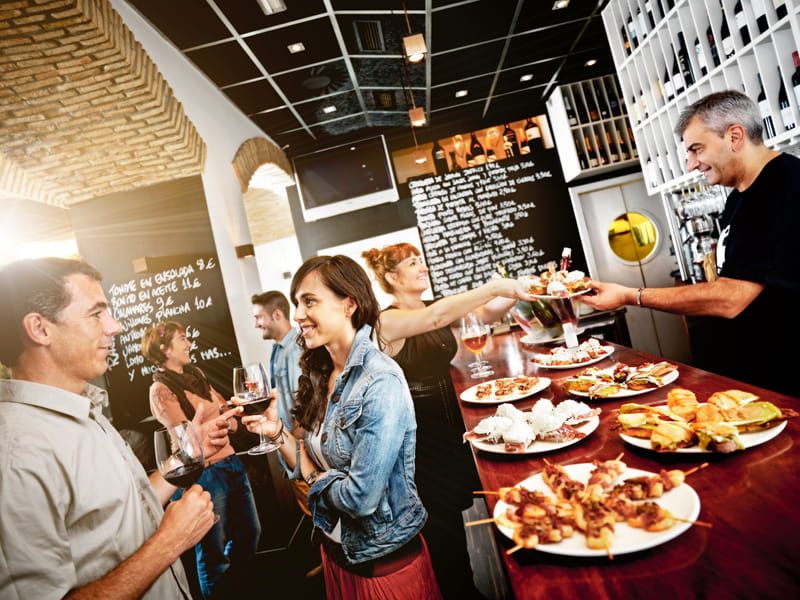 Even the name sounds delicious! A small but well-kept city in northern Italy, Cremona is heaven for foodies with a sweeter tooth.

The best time to visit? Plan your trip around the city’s annual Nougat Festiva, which takes place in November. Packed full of shows, cooking demonstrations, tastings, live music, historical parades and meetings, the festival brings you to over 150 manufacturers of nougat from Italy and around the world.

It goes without saying, but don’t leave without trying plenty of sweet and nutty nougat or torrone – classic Italian nougat. 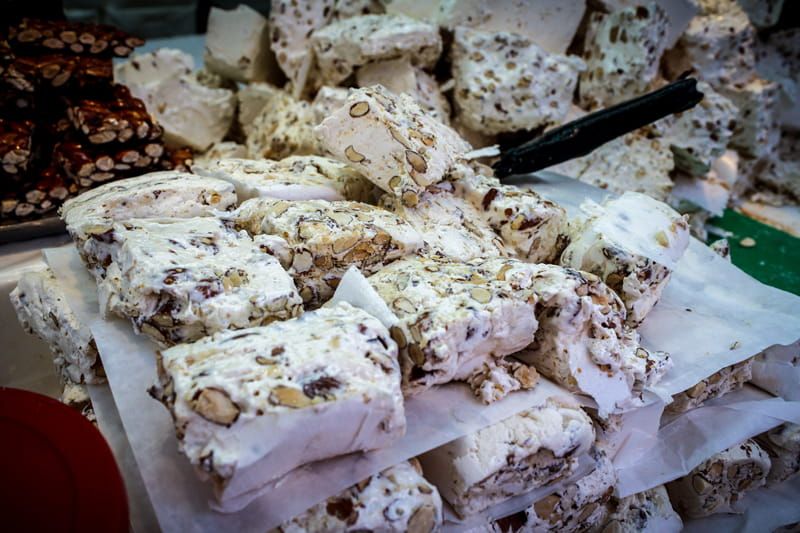 Turin is a city of firsts. The birthplace of hard chocolate and vermouth, Italy’s first capital is also globally renowned as the inventor of everyone’s favourite chocolate spread.

The chocolatiers here are some of the best in the world. From velvety hot chocolate to melt-in-your-mouth Gianduitto, the region’s hazelnut speciality, this city’s chocolate is worth pausing your diet for.

Café culture is also huge here, and the thriving ‘conscious food’ scene has welcomed vegetarian, organic and gluten-free cuisine into the piazzas with open arms.

Then there’s the traditional dishes: fresh egg pasta topped with white truffles and classic Italian ragù, devoured with a glass of vermouth – the locals’ favourite aperitif. There’s something to suit every palate, so pack your biggest pair of jeans! 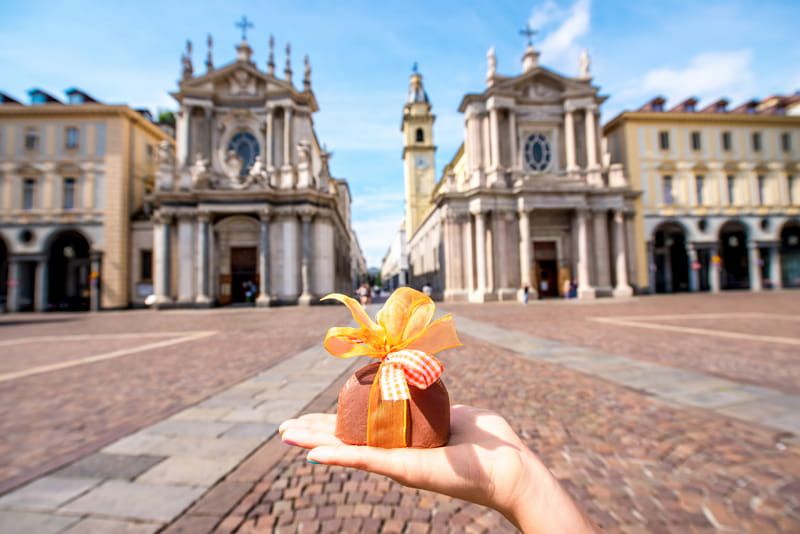 If you’re a regular at your local kebab shop, you’ll be in your element in Istanbul. The biggest city in Turkey is famous for its mouthwatering selection of street food; in fact, many foodies travel there for this reason alone!

Meat-eaters can start with a few spicy köftes, succulent meatballs made from lamb or beef, before indulging in a döner – a traditional Turkish kebab.

Vegetarian? Not to worry. Try lahmacun, a Turkish version of pizza that’s rolled up and eaten like a taco, or treat yourself to an entire meze platter. Kumpir is another must-try: a baked potato filled with cheese, butter, olives, pickles and whatever toppings you fancy. What’s not to love?

Travel to Istanbul with Solos

READ MORE: 48 Hours in Istanbul: Top Things To Do & See 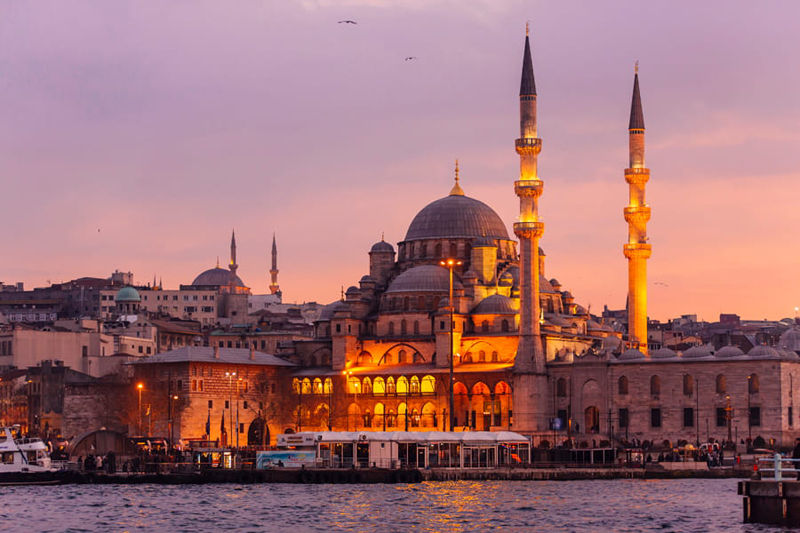 Beijing’s cuisine is a cultural cocktail of centuries-old traditions and international influences. Peking Roast Duck, China’s national dish, has its origins here – but that’s not all the city is famous for.

Shuàn Yángròu, consisting of strips of boiled mutton, is a traditional Beijing dish that dates back to the Yuan dynasty.

It’s also a crime to leave China’s capital city without trying your fair share of dumplings – a Chinese staple that’s popular all over Asia. Filled with pork, beef, chicken or vegetables, and served with a delicious sauce, these soft and succulent balls of dough are traditionally eaten at the Chinese New Year.

Travel to Beijing with Solos 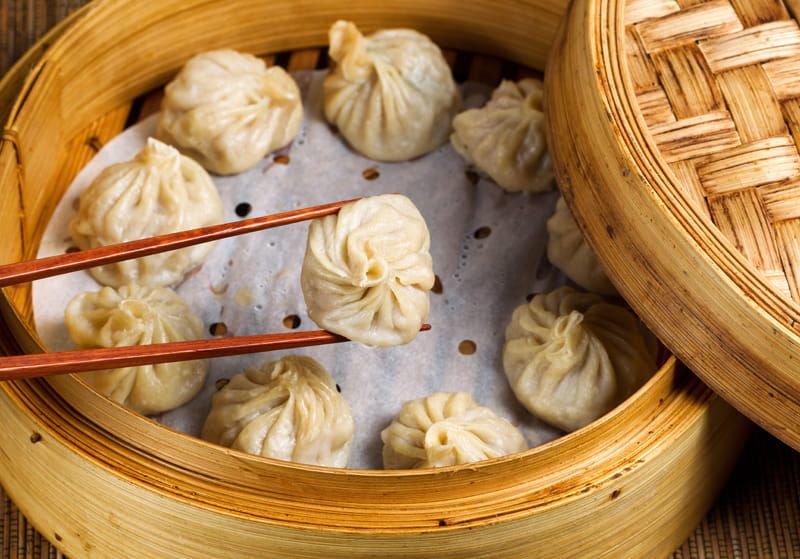 The food in Vietnam is spectacular wherever you go. Balancing salty, sweet, sour and hot flavours, the cuisine is a blend of the country’s French colonial past and its neighbouring Asian countries – while still managing to retain its own identity.

Foodies should head straight to Hanoi – a city famous for its street food. Every block is swamped with cafes that spill out onto the sidewalks, with customers dining on tiny plastic tables and chairs. Grab yourself a table and slurp up some Pho – a soup dish usually consisting of broth, rice noodles, herbs and meat.

Perfect for breakfast, lunch and dinner, the versatile Banh Mi is another must-try: a Vietnamese-style baguette filled with egg, pickled vegetables or meat.

Travel to Hanoi with Solos 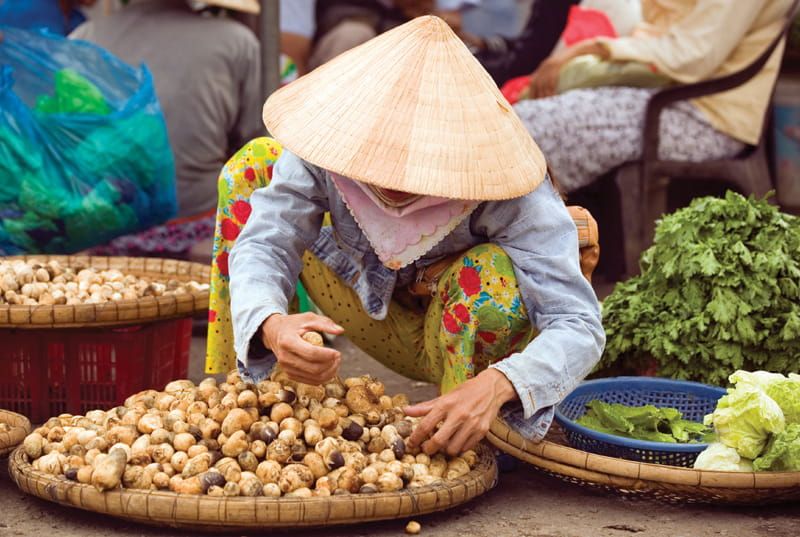 At the heart of Japanese cuisine, there is Toyko. From fine dining restaurants to casual Izakayas and street markets, there’s something here to satisfy every taste and budget.

With 30 Michelin-starred sushi restaurants sprawled across its streets, it goes without saying that the city is home to the finest and freshest sushi you’ll ever taste.

Then there’s the warming ramen, soba noodles, delicious katsu curry and okomiyaki: the ultimate late-night comfort food. A thick pancake filled with whatever you want, it’s topped with mayonnaise and barbecue sauce and grilled on a hot plate on your table.

Travel to Tokyo with Solos

READ MORE: 8 Of The Best Cities for Shopping In The World 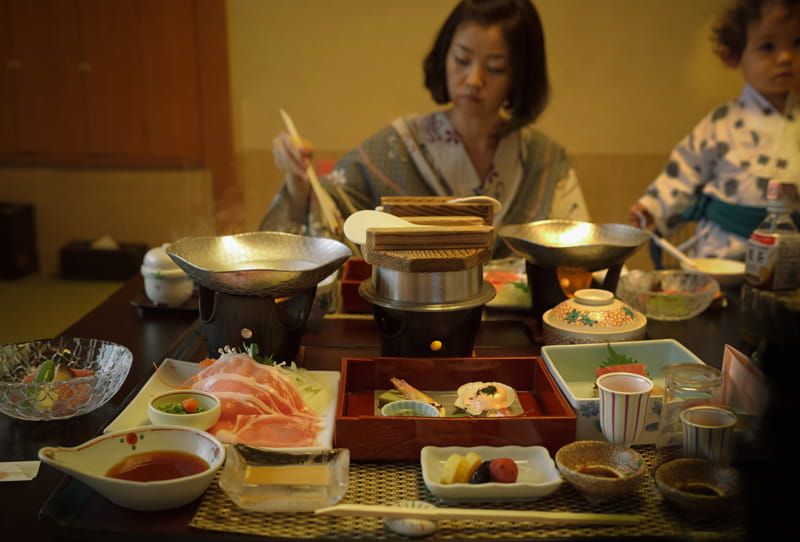 Home to some of the most bizarre and beautiful culinary traditions, Marrakech transforms every meal into an experience.

Exotic spices and irresistible aromas fill every corner of this wonderful city, turning a simple stroll into a stomach-rumbling mission to track down the finest food.

Travel to Marrakech with Solos

READ MORE: 5 Cities to Visit in Morocco & What To Do When You’re There 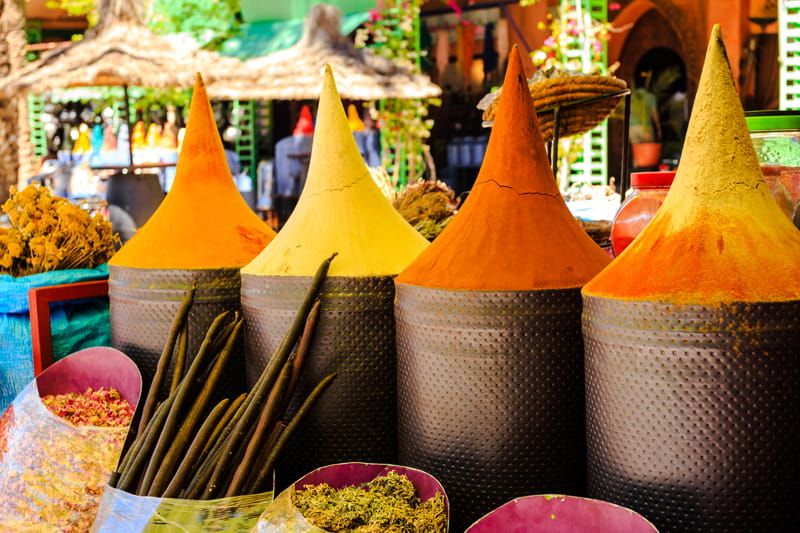 Peru’s capital city has reinvented itself in recent years, and is now widely regarded as a global gastronomy destination to rival that of São Paulo and Buenos Aires.

You can’t visit Lima without trying the nation’s signature dish: ceviche. You’ll find variations of this zesty dish, made from fresh raw fish, everywhere you go – from street food stalls to the top restaurants.

If you pride yourself on being an adventurous foodie, there’s plenty here to sink your teeth into! Anticucho, a grilled cow heart on skewers, can be found on many street food stalls and casual snack menus. Peruvians eat guinea pig too – or cuy as it’s locally known. It’s considered a delicacy for special occasions but you can find it in plenty of restaurants.

Travel to Lima with Solos

READ MORE: 7 Unmissable Things To Do In Peru 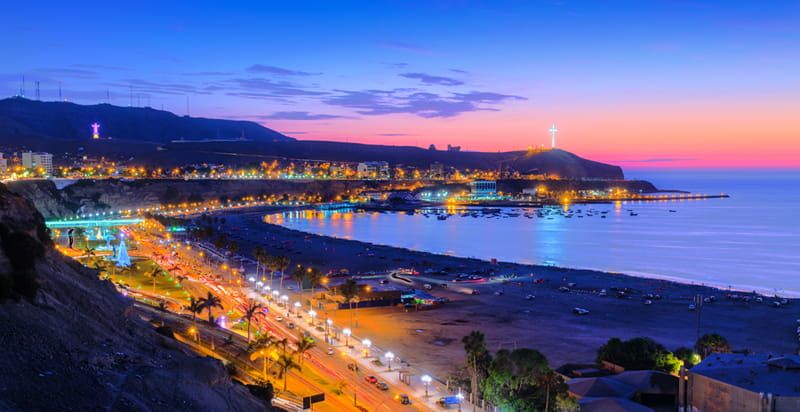 Bangkok is filled with an overwhelming amount of restaurants, cafes and street food stalls that cater to discerning locals and tourists alike.

Bowls of piping hot noodles, stir fried rice, skewered meats and green papaya salad: if you have a soft spot for Thai food, the street food vendors here will spoil you for choice!

To see the Thailand’s food capital in action, head to Wang Lang Market or into the chaos of Chinatown. There’s plenty of places to enjoy a sit-down meal too: Bangkok’s shophouses (local restaurants) are actually where many of the best traditional Thai chefs operate from.

Travel to Bangkok with Solos

Is your stomach rumbling yet? Try some of the best food in the world and treat your taste buds to a Solos city break or Discovery tour, where you can soak up the sights, smells and tastes of a destination with other single travellers!

Share:
« 5 cities to visit in Morocco & what to do when you’re there
Back to blog
How to travel solo – and love every moment! »