Mesmerising mazes of medinas, mosques and saffron-scented souks, Morocco’s cities are some of the most exciting in the whole of Africa. Don’t miss out on the magic: here are 5 cities in Morocco you can’t leave without visiting.

Marrakech is a city that sweeps everyone off their feet. A treat for your senses, Morocco’s most well-known city is swamped with enough intriguing sounds, sights and smells to keep you enchanted for days.

Trace intricate tilework, admire Islamic architecture, lose yourself amidst a maze of power-pink medinas and stop for some retail therapy in Djemaa El Fna square – where shopping, street food and culture collide.

Then there’s the souks: if you’re a sucker for exotic treasures and a bargain, you’ll be excited to hear that Marrakech is one of the best shopping destinations in the world. Soft leather bags, beautiful carpets draped over walls, colourful spices and a whole host of North African flavours to try: a trip to Morocco’s markets warrants plenty of extra room in your suitcase – and your stomach!

For a touch of old-world charm, spend a few nights in Fes – Morocco’s cultural capital and third largest city. Once a meeting point for scholars, philosophers, mathematicians, lawyers, astronomers and theologians, the city is now a popular hot-spot for tourists looking to step back in time and get a feel for Fes’s medieval magic.

Wander through the city’s medinas, where donkey-pulled carts are the main mode of transport, and take a trip to the Chaouwara tanneries for a glimpse into the process of producing world-class leather.

Nestled in the centre of the Rif mountain range, Chefchaouen’s blue-washed buildings easily make it prettiest city in Morocco – and a perfect place for escaping the crowds.

The reasons behind the blue aren’t entirely clear: some say it was painted blue by the Jews who settled there after fleeing Hitler, while others swear that it was chosen to keep mosquitoes at bay.

Put your camera to good use in the narrow, winding streets of the old medina, and browse the souks for traditional Moroccan trinkets and treasures. It gets even better: the Chefchaouen’s close proximity to the Rif mountains gives you easy access to beautiful hiking trails, whenever you need them. 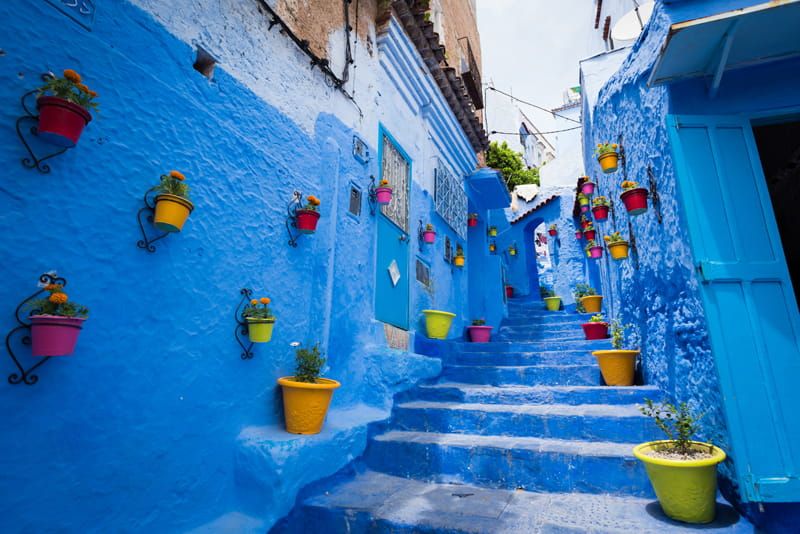 Known as the ‘Wind City of Africa’, the port city of Essaouira is a popular choice for windsurfers and kitesurfers looking to make the most of the city’s gusty coastal winds.

While the beach here is pleasant, Essaouira is more than just a beach resort. Despite a rise in tourism, the city has managed to keep its traditional culture and character intact.

Navigate the medina, admire the many art galleries and head to the atmospheric port to watch the locals work on the distinctive electric-blue fishing boats that line the waterfront. 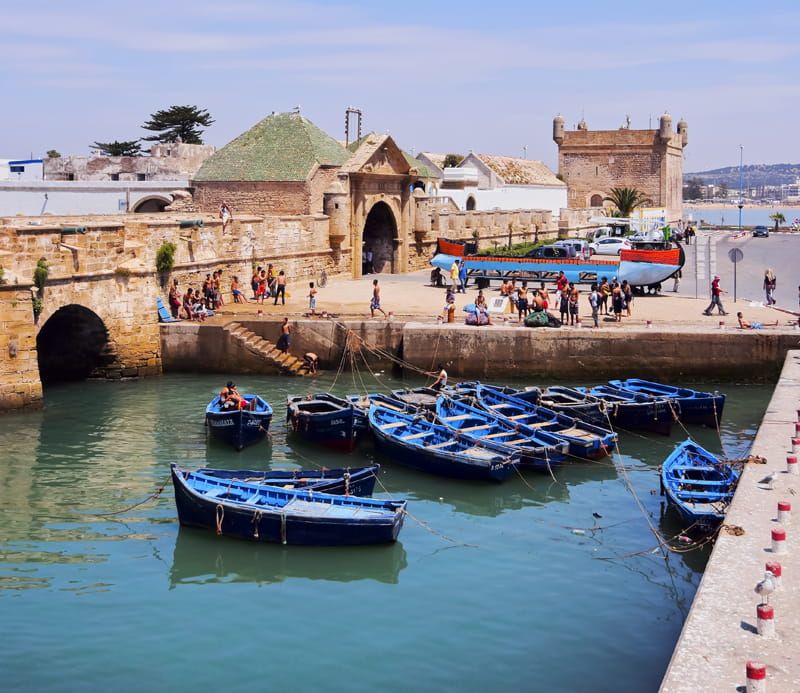 Morocco’s relatively small capital city is often neglected by tourists who flock to Morocco’s larger and livelier cities instead. But what Rabat lacks in size it certainly makes up for in charm.

Its walled medina, palm-lined boulevards and unspoilt beach are made even more pleasant when you notice the 12th century kasbah that’s perched over the water. 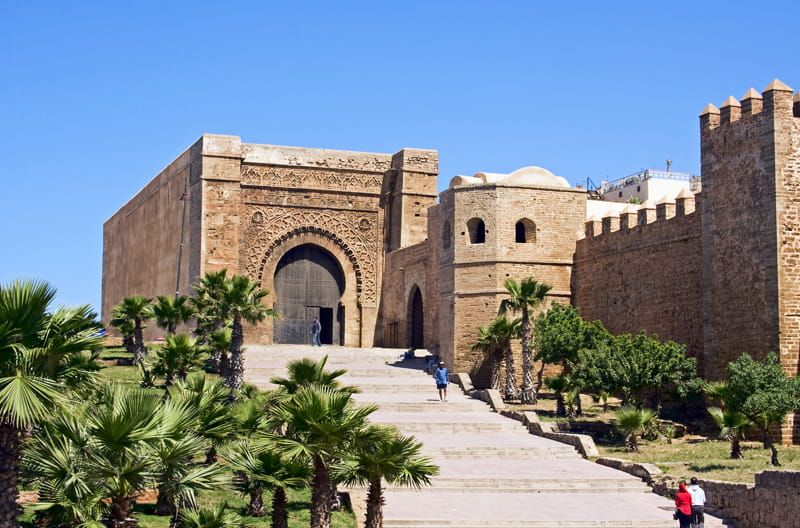