Every inch of Asia is soaked in adventure. From the chaos and colour of India to China’s temple-studded mountains and gigantic Great Wall, here are our top adventure holiday destinations in Asia for singles.

If beach holidays bore you, we have good news: adventure holidays for singles are on the rise.

While many of us may prefer to spend a week in solitude on the sand, there’s a huge wave of solo travellers eager to tick iconic sights, experiences and Wonders of the World off their bucket list in the company of other independent travellers.

Does this sound like you? If so, feast your eyes on our handful of the hottest adventure holidays for singles, and find out what to do while you’re there.

Discover the true meaning of colour in Rajasthan

When you imagine adventures in India, you’re probably picturing Rajasthan.

Home to Jaipur’s ‘Pink City’, the holy pilgrimage town of Pushkar and the magnificent beauty of the Taj Mahal, this colourful region in Northern India was made for adventure.

Take a tuk-tuk ride through the rambling traffic, learn the history behind Rajasthan’s fascinating forts and palaces, and lose yourself amidst the chaos, colour and sheer volume of people.

Saturated with smells, sounds and unforgettable sights, this is a region that will amaze you from the moment you step foot there. 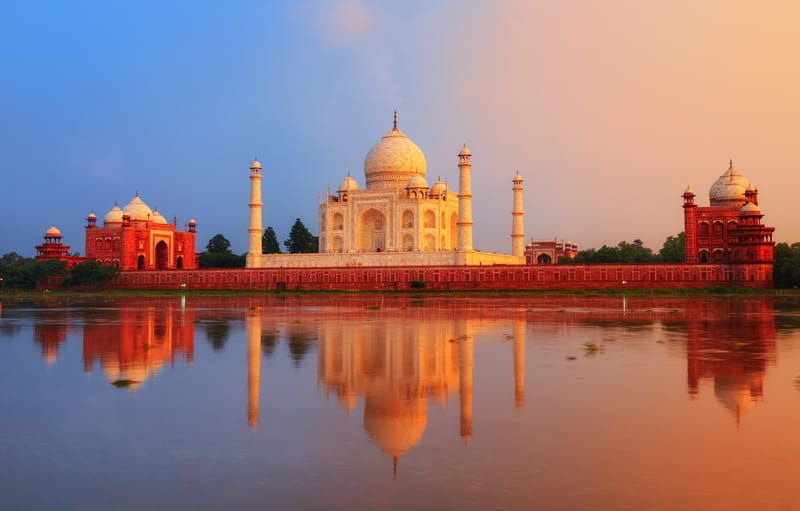 A land of exceptional natural beauty, Sri Lanka’s diverse landscape is like something from a children’s book.

While the white-sand beaches, rustling rainforests and tea plantations offer plenty to explore, the ancient rock fortress of Sigiriya is arguably its star attraction.

Rising 200m out of the grassy plains, Sigiriya (or Lion Rock as it’s also known) houses the ruins of an ancient stronghold that dates back as far as the 5th century. Built by King Kasyapa, it’s now recognised as one of the finest examples of ancient architecture in the world.

Climb the staircase to the top, past fascinating frescoes and the colossal lion paws carved into the rock, to see the beautifully landscaped gardens and spectacular views. 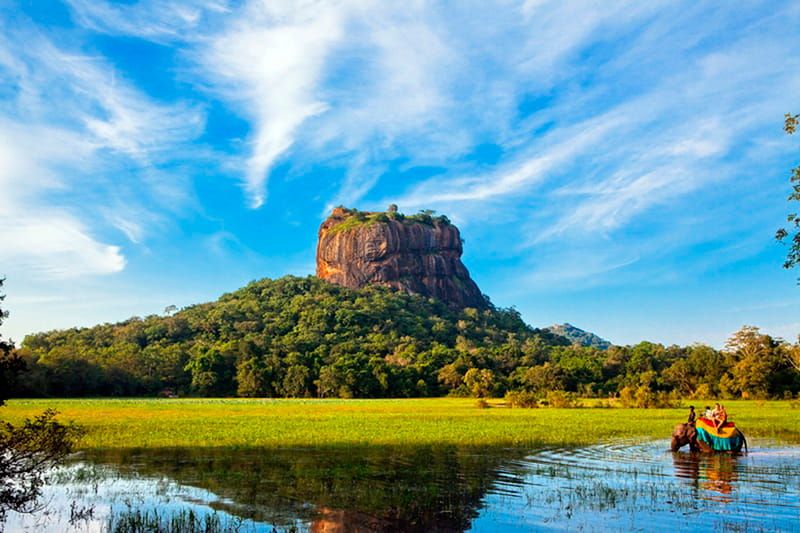 It doesn’t get much better than drifting to sleep amid the jagged limestone peaks of Vietnam’s spectacular Ha Long Bay.

This UNESCO World Heritage Site isn’t at the top of tourists’ bucket lists for nothing. Thousands of forested islands pierce out of the deep blue water like blades, creating a mesmerising landscape like no other.

Itching to explore? Set sail on a traditional junk boat and cruise between the islets, all while enjoying delicious meals cooked by the friendly crew on board. 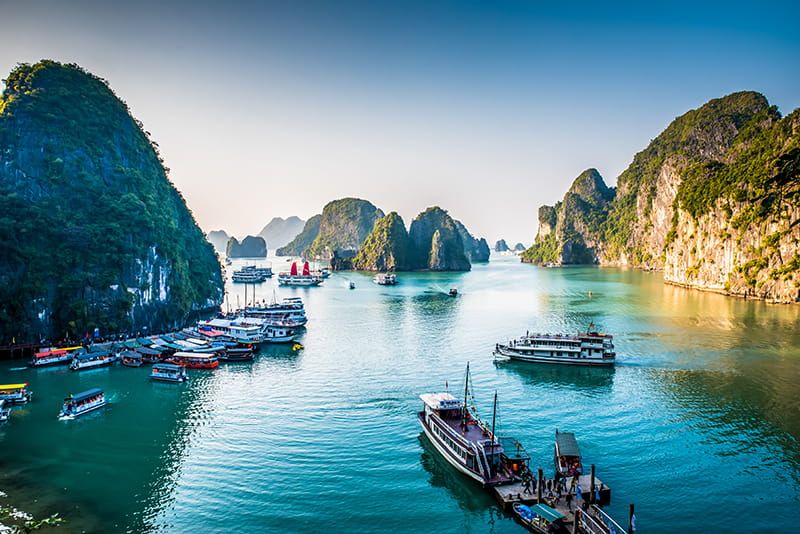 China has all the ingredients for the adventure of a lifetime: blinking cities straight from a sci-fi movie, layers of temple-adorned mountains and one of the Seven Wonders of the World – the Great Wall of China.

Built over 2,000 years ago to protect China from invasion and to guard its Silk Road trade, the Great Wall is a fascinating example of ancient defensive architecture.

Visible from space, it covers a staggering 13,170 miles from east to west, and has become popular walking territory for explorers and history-buffs seeking spectacular views.

Get back to nature at Kanchanaburi in Thailand

An accessible escape from Thailand’s buzzing capital city, Kanchanaburi’s rivers, caves and waterfalls offer the perfect blend of relaxation and adventure – with some history thrown in for good measure.

Take to the River Kwai in a bamboo raft, soaking up the tranquility that resonates through riverside life, and ride on the infamous ‘Death Railway’, built by Japanese prisoners of war during the Second World War. The history behind the railway is sombre, but the scenery you’ll be treated to is nothing short of beautiful. 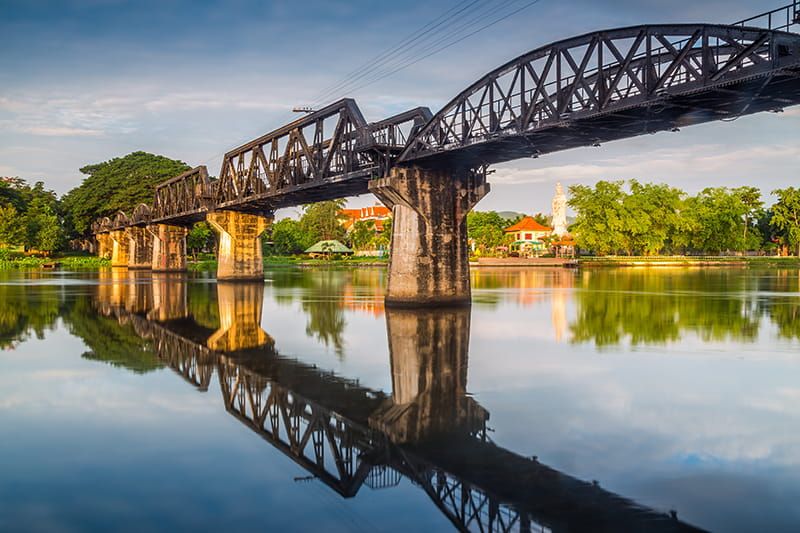 An offbeat and largely unknown destination in Asia, Armenia is where adventurers go to avoid the crowds.

Included in the Guinness World Book of Records, the view from the world’s longest reversible aerial tramway is a must-see for anyone visiting Armenia.

Running for 5.7km between Halidzor village and Tatev Monastery in the south, the ‘Wings of Tatev’ gives visitors access to Armenia’s 9th-century monastery complex, one of the country’s most important religious centres that was, prior to the creation of the tramway, very difficult to reach. 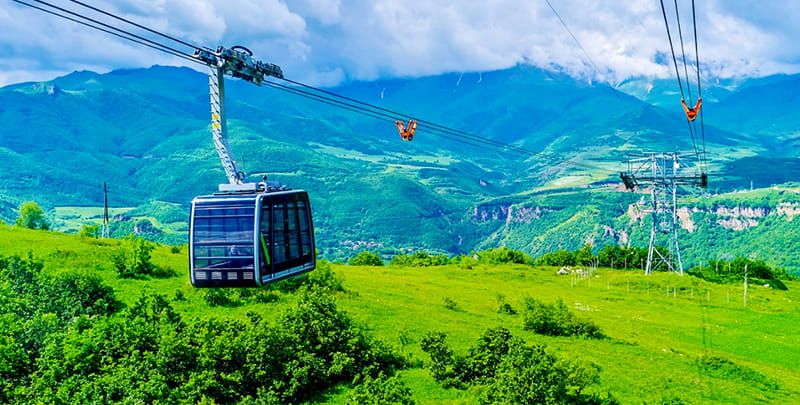 Some of the best adventures are desert adventures, and the lunar-like landscape of the Wadi Rum in Jordan will make you feel like you’ve been transported to another world.

Just south of the ancient city of Petra, Wadi Rum is famous for its red sands and awe-inspiring sunsets, which peek through the craggy mountains. There’s ancient history to uncover here too, having once been inhabited by the Nabataeans who left behind fascinating temples, inscriptions and rock drawings.

It’s also here that the ‘Lawrence of Arabia’ was filmed. Spend the night camping under the stars, before exploring the dunes in a 4×4 vehicle.

Inspired to start your own adventure? Browse our full list of holidays to Asia and join us on one of our group solo adventures!

Share:
« Top 5 singles golf holidays in Europe
Back to blog
Best things to do in Turkey »