Top things to do in Costa Rica and when to visit

Visiting Costa Rica is like stepping into Alice’s Wonderland. Rainforests rustle and chirp with life, playing host to oodles of weird and magnificent creatures – not to mention an entire colour spectrum of flora! There’s so much to do – don’t miss out on the magic. Here’s why and when you should visit Costa Rica this year.

Things to do in Costa Rica

Explore the rainforests – and bring your binos!

It may be small, but Costa Rica is easily one of the most biodiverse countries in the world, squeezing in over half a million species.

Technicolour red-eyed tree frogs, scarlet macaws, sleeping sloths and – if you’re lucky – a handsome, prowling ocelot. Tread softly and Costa Rica’s nature reserves, rainforests and national parks will reward you, and your camera, with more wildlife than you would ever think possible.

Put your binoculars to good use in Monteverde Cloud Forest, named after its 1,400m altitude above sea level, or on the hanging bridges of Arenal Volcano National Park, where you’ll be treated to a bird’s view of the rainforest and its inhabitants. 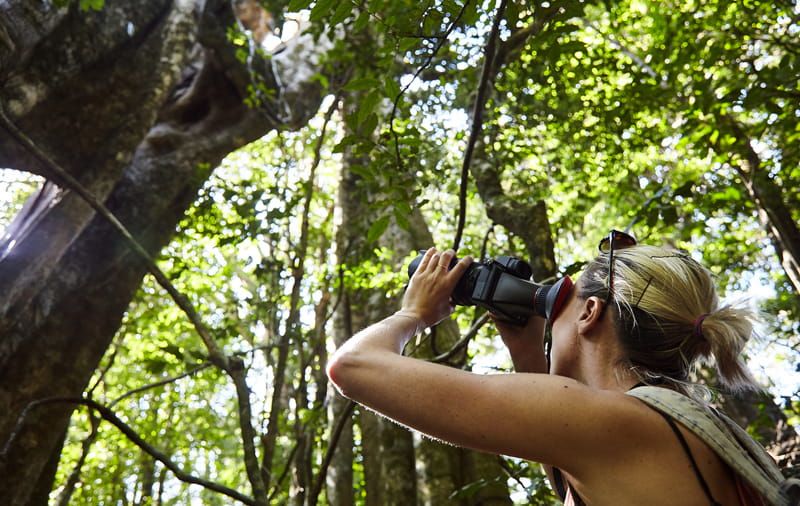 While Costa Rica is perhaps best known for its rainforests, there’s plenty to see by the waterside too. Take a trip to Tortuguero National Park and glide down a network of freshwater lagoons in a canoe, where you’ll be watched by curious monkeys, toucans, iguanas and maybe even the glinting eye of a crocodile.

This national park is also famous for protecting the largest green turtle nesting beach in the Western hemisphere. Come at the right time and you could be in for a chance of witnessing their arrival – or even the newly hatched turtles’ race to the sea! 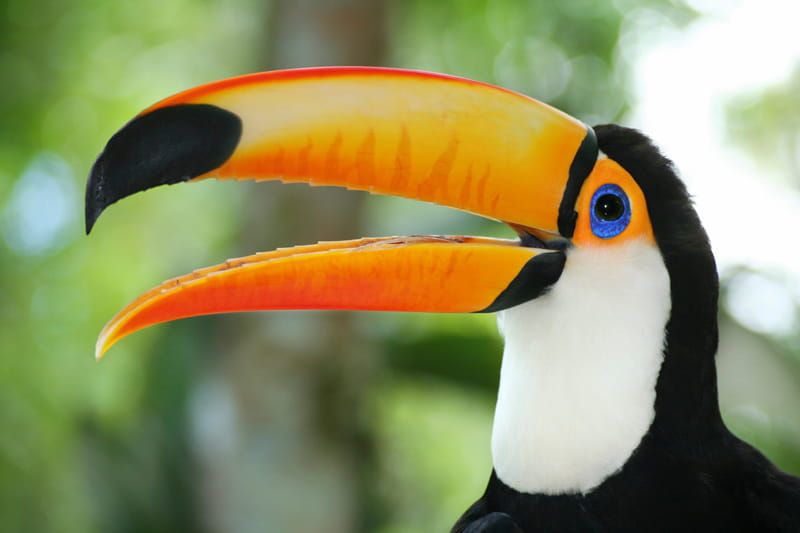 Kick back on the beach

Nestled into the narrow bridge of Central America, Costa Rica is blessed with two coastlines, the Pacific Coast and the Caribbean Coast, each with their own character and culture.

While the east coast boasts beautiful coral reefs and tropical fish, the west is washed by rolling waves, attracting surfers from all over the world. Black volcanic beaches, rugged coves, powdery sand and bustling beach resorts: there’s a shoreline to suit every beach-goer.

Tamarindo, at the tip of the Pacific Coast, is a great all-rounder. Think diving, surfing, sunbathing and plenty of restaurants and beach houses, all lined up on a brilliant white-sand beach punctuated by swaying palm trees. Perfecto! 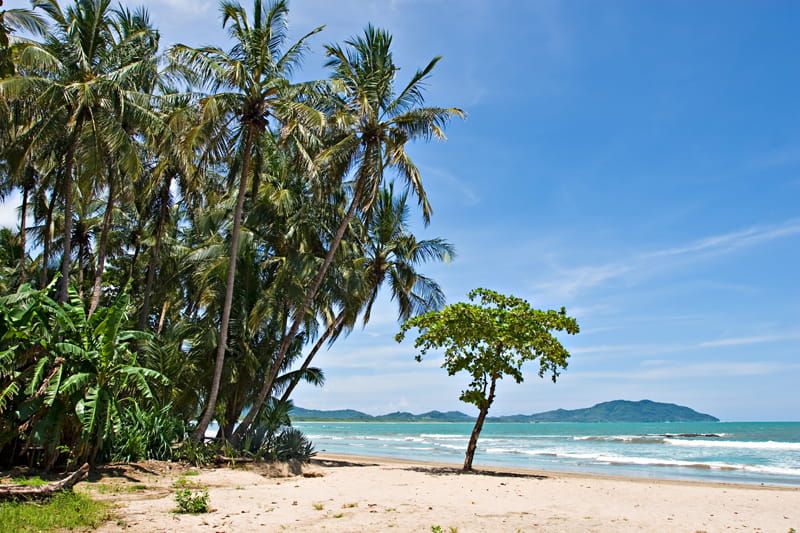 Soak up the good vibes

Costa Ricans – or Ticos as they’re also called – lead some of the longest and happiest lives on the planet. Their happy-go-lucky culture and strong communities of friends, families and neighbours are the reason for this, spreading an infectiously positive vibe that’s passed on to anyone who visits here.

Costa Ricans care too; with over 25% of their land protected and a total of 58 wildlife refuges, the people here have made an extreme effort to preserve their country’s natural beauty and wildlife for generations to come.

Rest assured that by visiting their nature reserves and national parks, you’re doing your bit to protect them too! 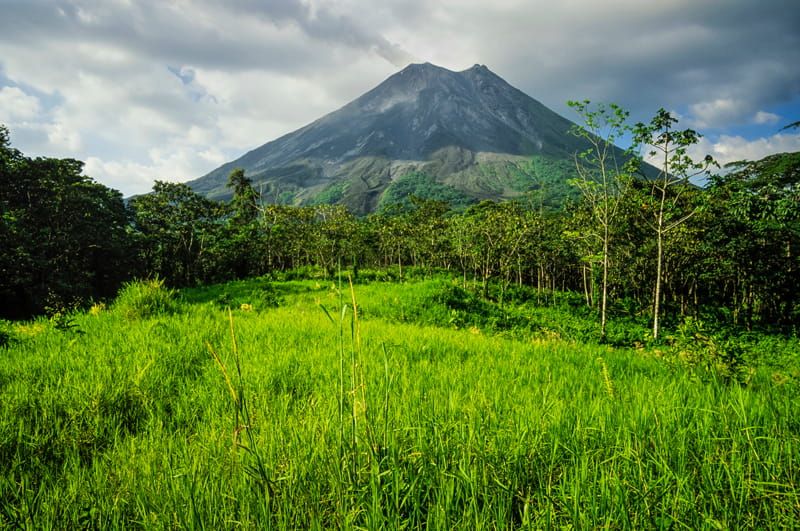 There are two tropical seasons in Costa Rica: the dry season and the green season. From December through to April, there is very little rainfall, which makes it the perfect time to visit if you want to relax on the beach and explore without a sudden downpour!

However, it’s worth keeping in mind that the landscapes and climates of Costa Rica vary by region. The coasts enjoy a warmer climate, whilst the highlands are generally cooler and slightly more humid.

Capture the essence of Costa Rica for yourself this year and join us on our fascinating 10-night Discovery tour to Costa Rica, departing 9th March.

Browse our full selection of singles holidays to Costa Rica.

Share:
« 8 of the best cities for shopping in the world
Back to blog
48 hours in Istanbul: Top things to do and see »