What are the best holiday destinations in the UK?

Sometimes you don’t need to travel far to tick all the boxes. The UK has everything you need for a fabulous solo holiday: beautiful beaches, dramatic scenery, historic cities and bundles of national parks. Stuck for choice? Here are 10 of the best holiday destinations in the UK you need to visit.

Reconnect with Mother Nature this summer and escape to the New Forest, an area of peaceful pastureland and woodland that covers a large part of Hampshire and Wiltshire.

Relish in the tranquillity of the national park’s forest trails, and look out for the native ponies and beautiful bird-life that call the New Forest home.

The largest national park in the whole of England, the Lake District has been a popular retreat for centuries and an area of outstanding beauty praised by the likes of William Wordsworth, Beatrix Potter and John Ruskin.

Conquer some of England’s highest mountains and soak up spectacular views before getting cosy in some of the historic villages and pubs that litter the landscape. 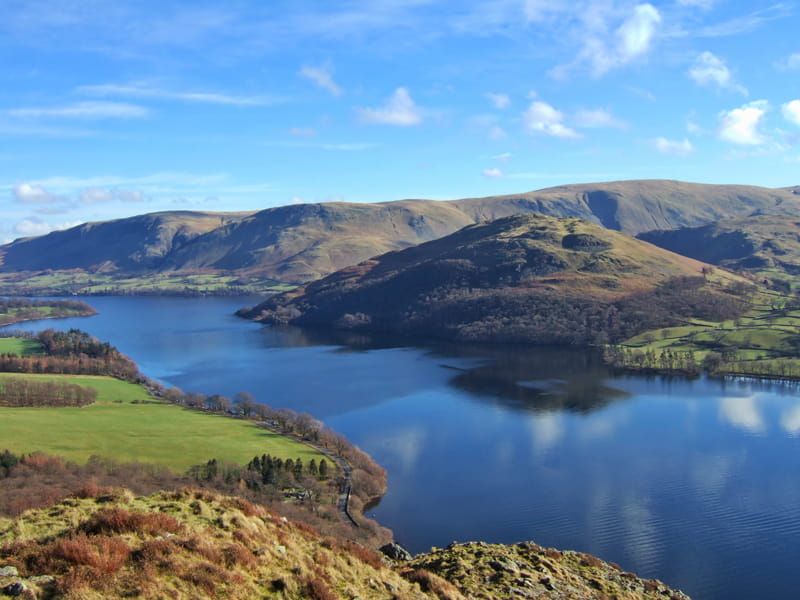 The world-renowned university city of Cambridge is swimming in history. Peppered with perfectly manicured lawns and cobbled pathways, Cambridge oozes peace and prosperity.

One of the best ways to see the city is by punting down the river: an activity enjoyed by students and tourists alike. The ancient college grounds are also open to visitors, inviting you to soak up the scholarly atmosphere. 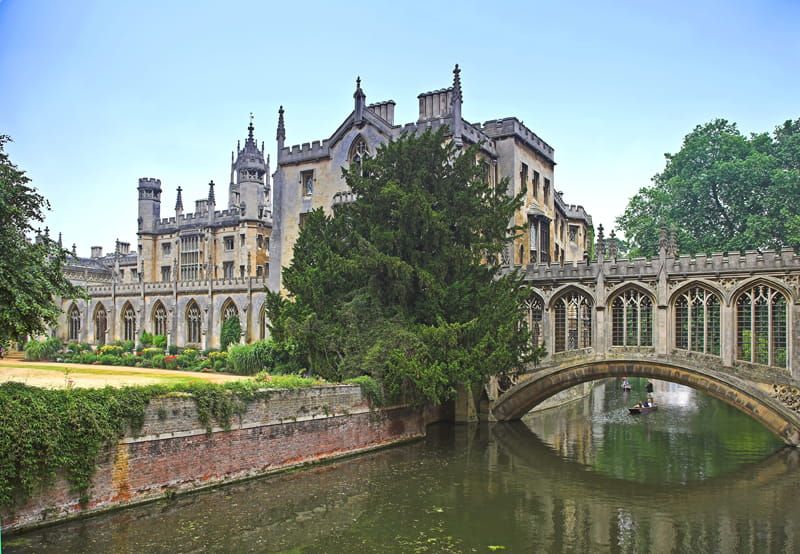 Swept with rolling hills, picturesque woodland and peat-covered moorlands, the Peak District boasts some of the prettiest landscapes in England.

After a long but rewarding day of ambling through beautiful valleys and hills, put your feet up and sip a beer in one of the friendly local pubs that break up the walking trails.

Join us on a walking holiday to the Peak District 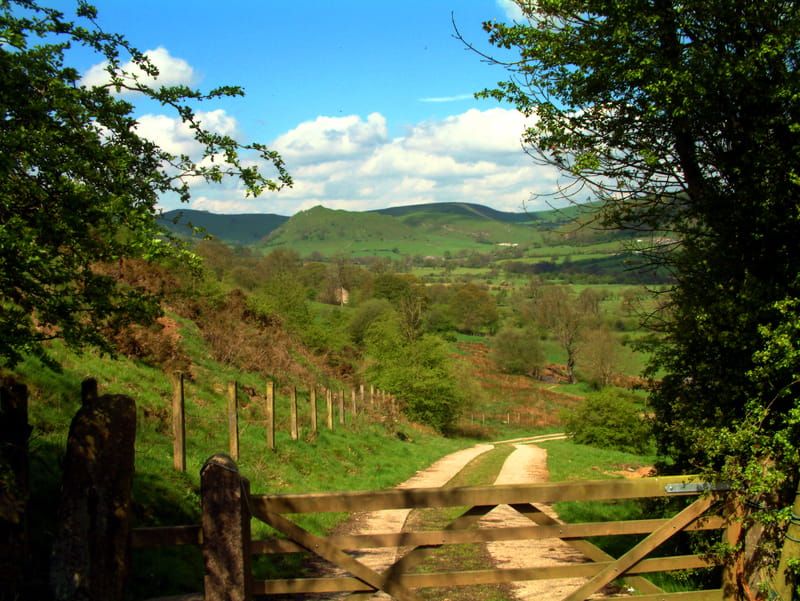 Spanning a distance of 96 miles across the southern coast, the Jurassic Coast is a national treasure with an astounding 185 million years of geological history.

From Exmouth to Studland Bay, the coastline is now famous for its abundance of fascinating fossils. Not sure where to start? Swanage and Old Harry’s Rocks are just a bus journey away from the sandy beaches of Bournemouth – giving you the chance to relax by the beach one day, and soak up the coastal views the next. 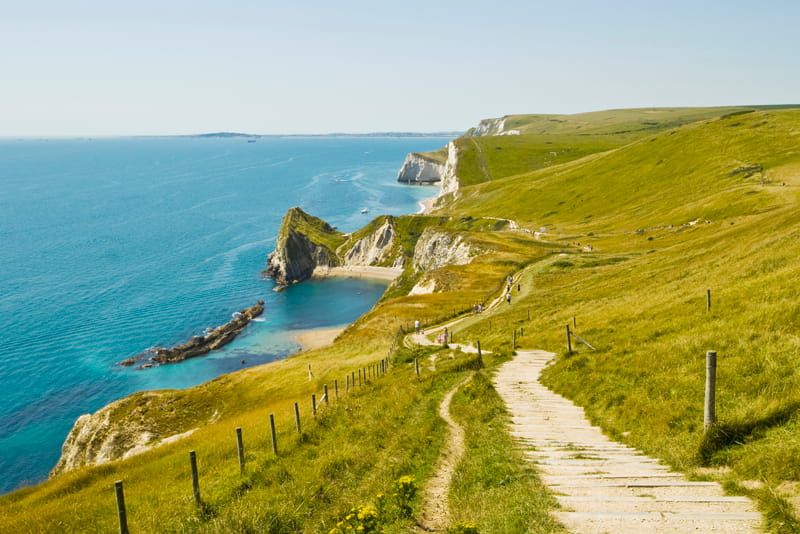 Step back in time on a weekend break to York! Famous for its Roman roots and ancient wall, this north-eastern city has a history that’s woven into every narrow, cobbled street.

There’s plenty of museums, shops and traditional pubs to dive into, but the city’s star attraction is the majestic 13th century York Minister cathedral – the largest of its kind in the UK.

Join us on a short break to York 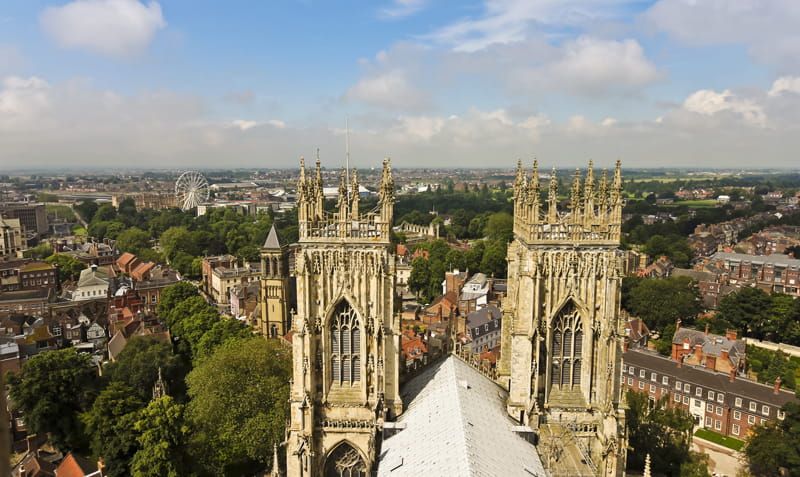 Steeped with Victorian history and dominated by a long, sandy beach, Weston-Super-Mare offers a traditional British seaside holiday – complete with fun-fairs, arcades and ice cream on a cone.

The coastal town’s close proximity to Bath and the Cheddar Gorge & Caves also gives you more than enough to do on your days off from the beach.

Join us on a short break to Weston-Super-Mare Draped across a series of rocky hills overlooking the sea, Scotland’s capital is easily one of the most beautiful cities in the UK.

From the UNESCO-listed Old Town, home to the magnificent Edinburgh Castle, to the lush parks and rolling hills that cradle the outer city, Edinburgh is a destination that begs to be explored in full. 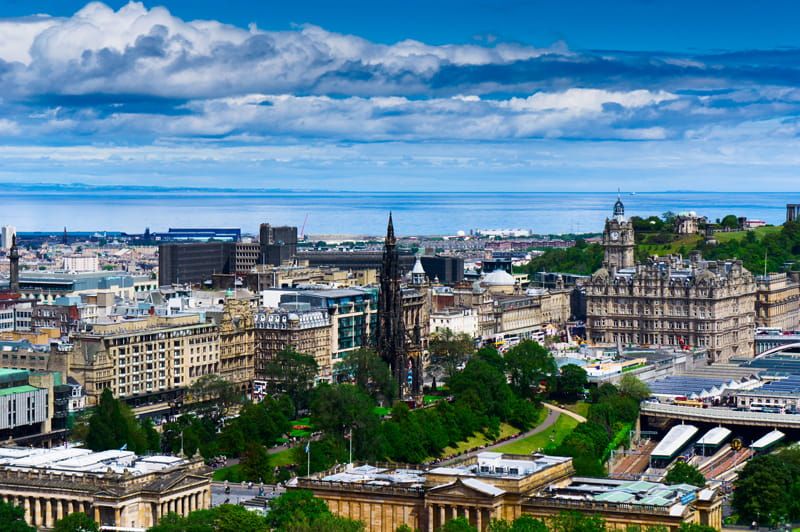 Nestled in the heart of the Yorkshire countryside, the Victorian spa town of Harrogate is about as quintessentially English as a town can get!

Flower shows and perfectly prim gardens make Harrogate particularly pretty during spring and summertime. Spend some time exploring the attractive streets, parks and shops, before diving into the town’s Moorish-style Turkish Baths for a spot of luxury. 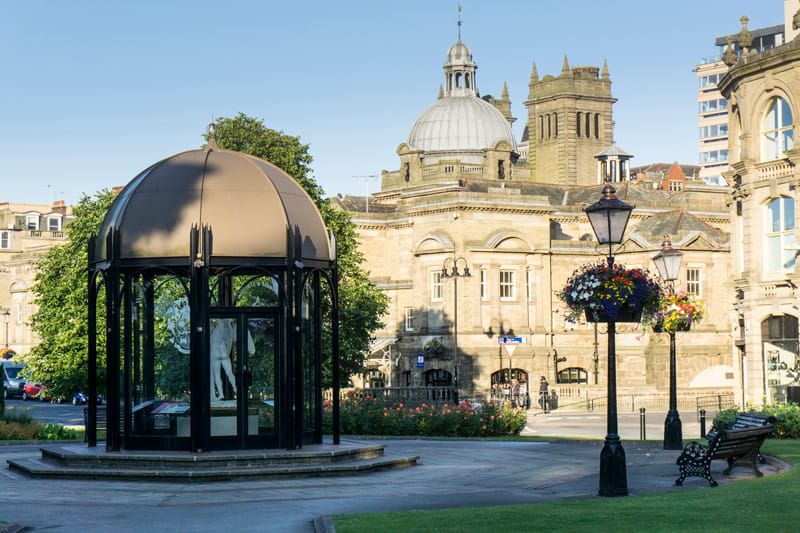 It should come as no surprise that the Cotswolds’ rolling hills and thatched medieval villages have been declared an Area of Outstanding Natural Beauty.

As with any AONB, this is an area that’s best discovered on foot. Stop for lunch in one of the charming villages, and pay a visit to the famous cheese rolling site of Coopers hill: an annual competition which challenges brave souls to chase a wheel of double Gloucester cheese down the hill!

Join us on a walking holiday to the Cotswolds 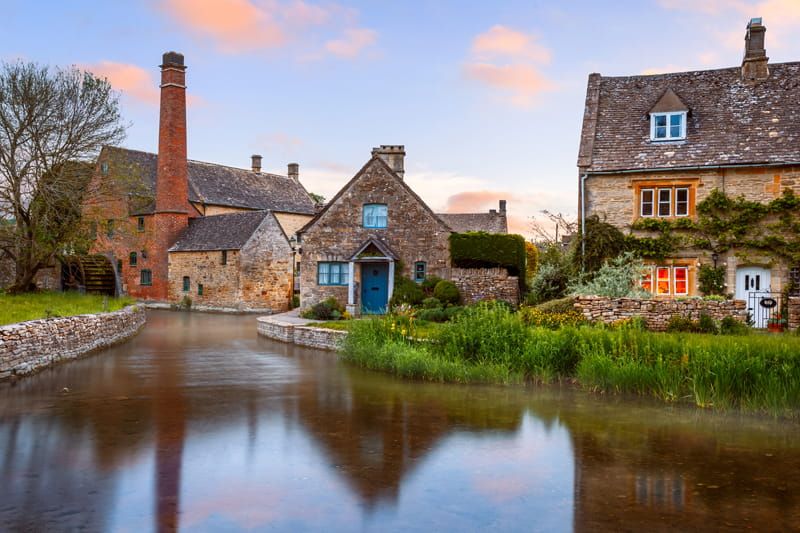 Find your perfect UK holiday today, and browse our full selection ofwalking holidays in the UK  and short breaks in England, Scotland and Wales.

Share:
« Fascinating Easter traditions around the world
Back to blog
Top tips for your first singles holiday »