Fascinating Easter traditions around the world

With Easter on the horizon, it’s time to start looking forward to consuming copious amounts of chocolate and the blissfully long Easter weekend. But have you ever wondered how other cultures celebrate this Christian holiday? We take a look at 10 of the most fascinating Easter traditions from around the world.

Easter in Romania is a pretty big deal, with the whole country celebrating their Paste (Easter) with egg-painting competitions. How the eggs are painted varies from one region to another, but most will use the religiously symbolic colour red as a base.

The very best artists often sell their intricate creations in traditional fairs, and you can find painted eggs in most souvenir shops across the country. 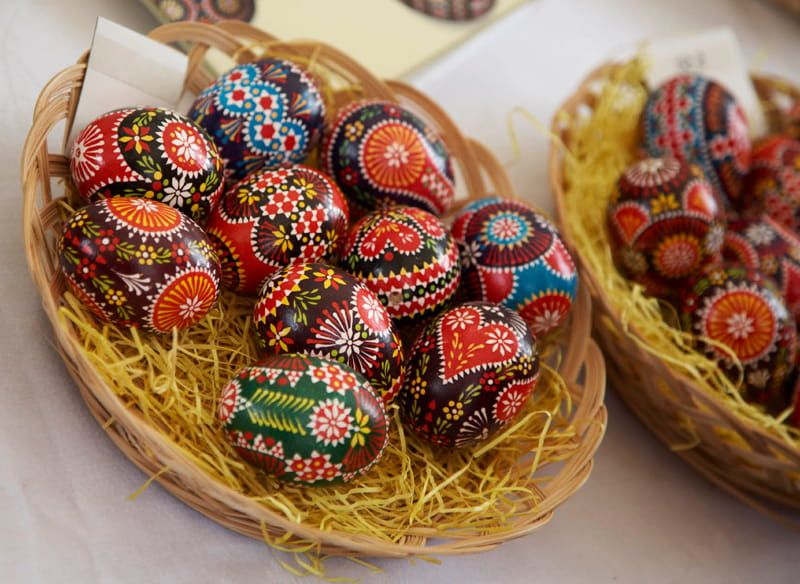 Forget Easter bunnies and chocolate eggs: Easter in Spain is a fairly sombre affair that’s marked with slow processions, parades and dramatic re-enactions of Christ’s crucifixion on the cross.

The celebrations continue for an entire week, known as Holy Week, and are organised by the Catholic brotherhoods or cofradías.

This centuries-old tradition dates back to the Middle Ages, and is one of the most spectacular Easter celebrations in the world. Head to the Andalusian city of Seville to see over 50,000 people take part in its annual parades!

READ MORE: 10 Things You Might Not Have Known About Spain
Useful Spanish Phrases Every Traveller Should Know

Foodies, listen up. Every Easter in the French town of Haux, the town celebrates by serving up a giant omelette in the town’s main square. The omelette, which uses more than 5,000 eggs, is big enough to feed up to 1,000 people (so bring your fork).

This peculiar tradition originates from the story of Napoleon and his army, who allegedly ate omelettes while travelling through the small town. Napoleon liked his so much that he ordered the townspeople to make a giant omelette for his army the next day.

Norwegians have one of the most interesting Easter traditions, known as Paaskekrim or ‘Easter-Crime’. As the name suggests, around Easter people in Norway develop a fascination with reading and watching crime, mystery and detective stories.

The tradition is said to have started in 1923, when a publisher promoted a new crime novel on the front page of a newspaper, masked as a real story. The advert was so convincing, many people didn’t realise it was fiction, and thus Norway’s fascination with crime around Easter begun. 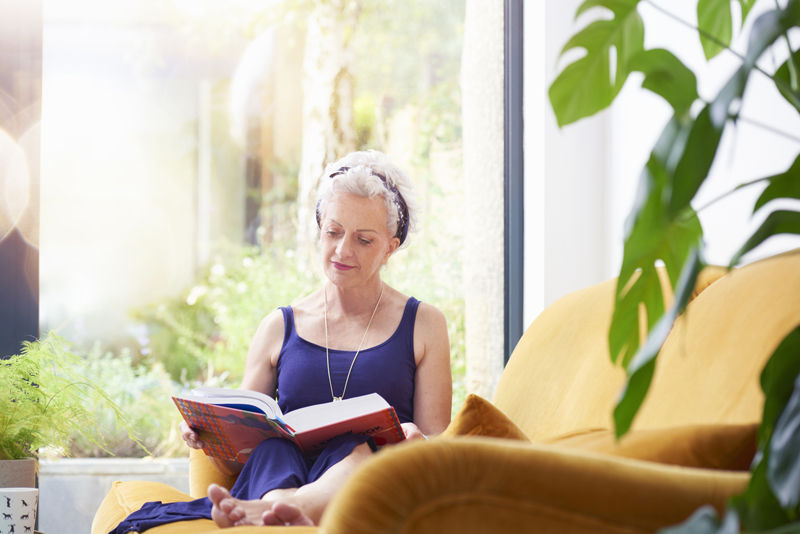 If you don’t like getting wet, don’t come to Poland on Easter Monday!

Pouring water on one another is a Polish Easter tradition that’s been around for decades. On the day, locals take to the streets with buckets of water and water pistols to drench friends, family and passersby.

While traditionally it was girls who were targeted, nowadays no-one is safe! The exact origins of Poland’s national water fight day (also known as Śmigus-Dyngus) aren’t clear, but it’s believed that it’s part of an old pagan celebration of spring and fertility.

The Swedes have a tradition of dressing up their children as påskkärringars (Easter hags): witch-like creatures with freckles, rosy red cheeks and broomsticks. On Easter, the children go from door to door trading paintings and drawings for sweets and chocolate.

The tradition comes from the country’s witch-hunts that spread across Europe from the 15th – 17th century. People once believed that witches would fly to a German mountain the Thursday before Easter to meet with Satan, and that on their way back the Swedes would light fires to scare them away. 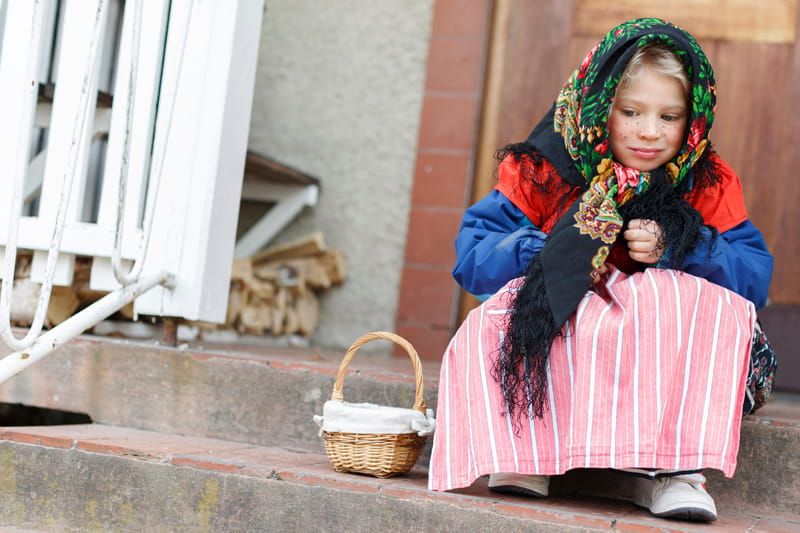 On the morning of Holy Saturday, locals on the Greek island of Corfu have a custom of throwing pots, pans and other earthenware out of their windows and onto the streets below.

Some say the tradition comes from the Venetians, who used to throw out all of their old items on New Year’s Day, while others believe the pot-throwing welcomes spring, symbolising the new crops that will be gathered in new pots.

In Florence, locals celebrate a 350-year-old Easter tradition known as Scoppio del Carro, or ‘explosion of the cart’!

An ornate wagon, built in 1622 and standing two to three stories high, is pulled by a pair of oxen through the streets of Florence to the square between the Baptistry and Cathedral. The Archbishop of Florence then lights a fuse during Easter mass that sets off a spectacular firework display. 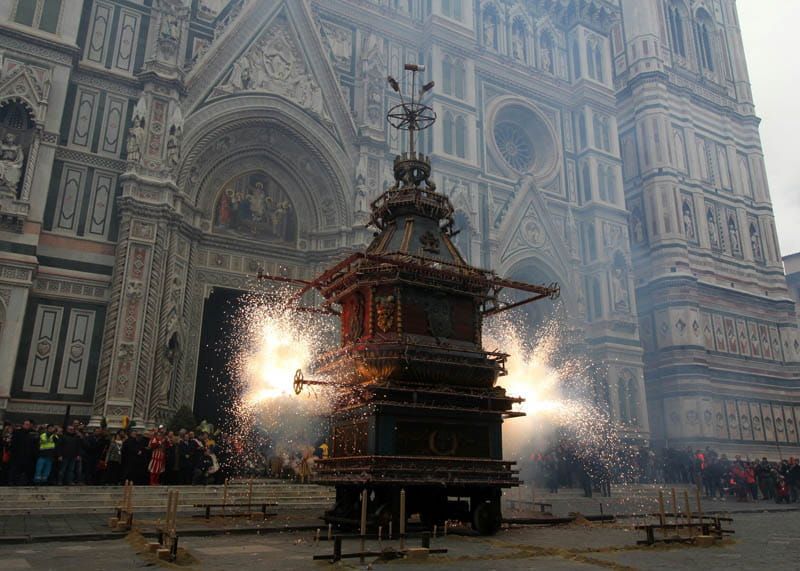 Rabbits aren’t very popular in Australia, so they’ve been demoted from their position as the country’s Easter mascot. This is because they are widely seen as pests in the land Down Under that destroy crops and land.

In 1991, Rabbit-Free Australia launched a campaign to replace the Easter bunny with the Easter bilby. Companies now make chocolate bilbies for Easter, with proceeds going towards protecting the endangered animals.

Locals in Bermuda celebrate Good Friday by flying colourful home-made kites, which are an important part of Bermuda culture.

The tradition is said to have begun when a local teacher from the British Army had difficulty explaining Christ’s ascension to Heaven to his Sunday school class. He made a kite, traditionally shaped like a cross, to illustrate the Ascension.

Head to beautiful Horseshoe Bay Beach to see the colourful kites flitting through the sky.

Share:
« 10 of the best Greek islands to visit
Back to blog
What are the best holiday destinations in the UK? »